Like many sailing clubs around the world, the announcement of lock-down spelled disaster for the sailing season at Marconi SC. It came just as plans were put in motion to lay both moorings for the cruisers and race marks for the dinghies. So we had to go back to the drawing board and work out how we were going to feed our sailing addiction. A group of us who had already been playing on an app called Virtual Regatta got together to scheme.

Headed up by the youth section in the form of David Nickalls, the normal race series on Wednesdays and Sundays transferred from the Costa Del Stansgate to the comfort of our living rooms and gardens.

It’s a simple premise: everyone logs on to Virtual Regatta at 8 o’clock on the relevant day, joins the private Marconi members’ race, opens up the group call, and the racing commences.  Nowadays it’s perfectly normal to have someone sail right through you as you approach the windward mark on starboard with all the rights, accompanied by their expletives in your headset and another penalty gained… 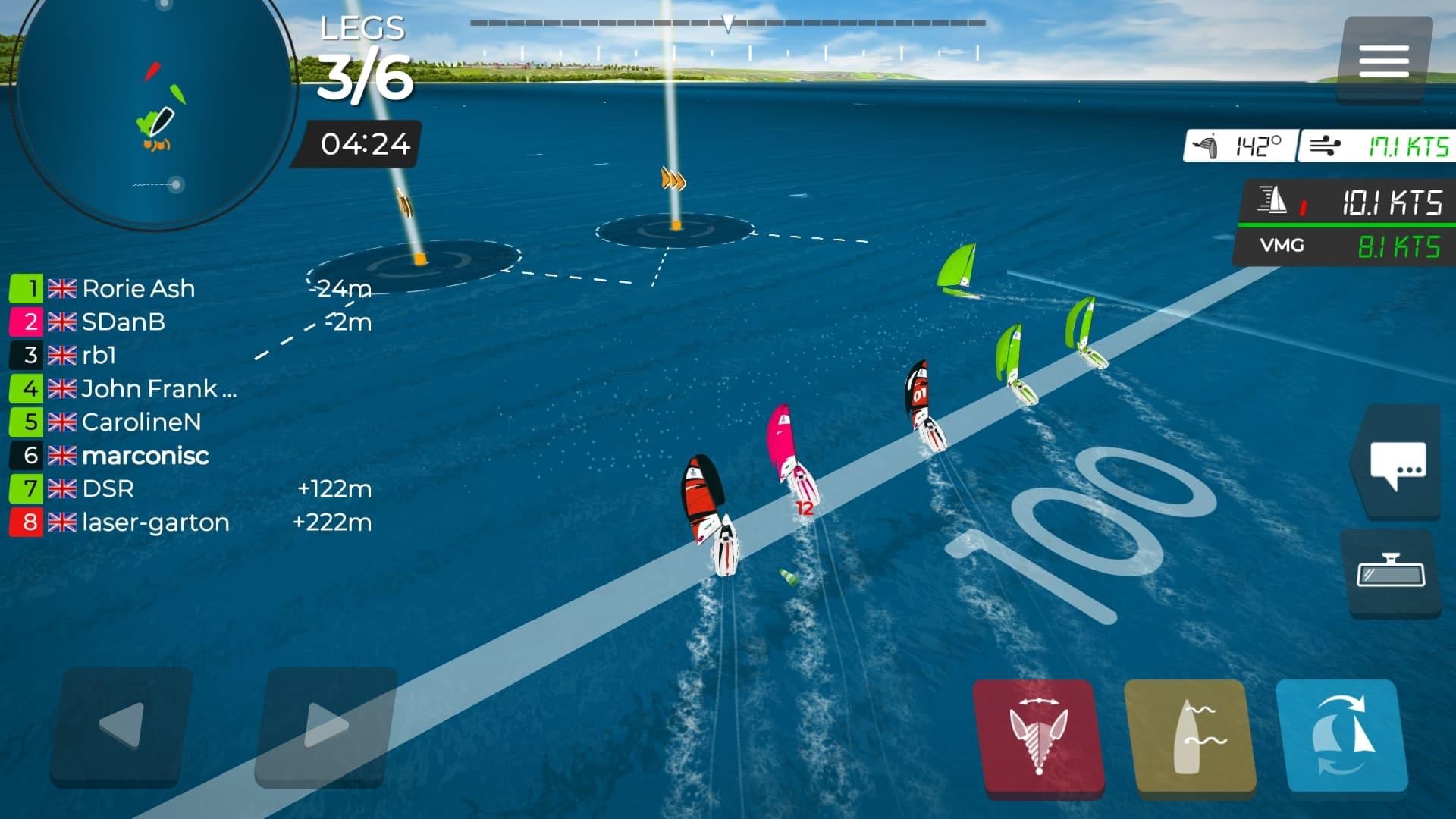 At the start of the series the racing was fairly spread out, but with a good turnout close racing could be found throughout the fleet. Some of the more experienced virtual sailors developed early leads and an oft-heard exchange of ‘Well done Jack’ ‘Thankyou David’ and vice versa between Jack Wardell and David Nickalls became the norm. But as the weeks progressed, the tides turned, with some of our “Turtle” alumni climbing the leader board and challenging for the top spot. Clearly the shame got too much for some, and their absence has been noted……………………you know who you are 🙂

At the end of every race, VR delivers instant results in the form of charts and tables. A good start followed by an unfortunate race can be a depressingly steep downhill slope on the graph! Apart from your position at the finish, you also get such interesting stats as highest boat speed in the fleet, and who experienced the biggest gust… but curiously they don’t always tally up. If you’re not concentrating on sailing the shortest distance or having the best start, you can go trophy hunting for most gybes in a race, and even the most penalties. In a league of his own in this regard, Dave Russell is currently reigning champion with 25 penalties and an overall win, all in one race: truly a feat of excellence and one we all aspire to best. 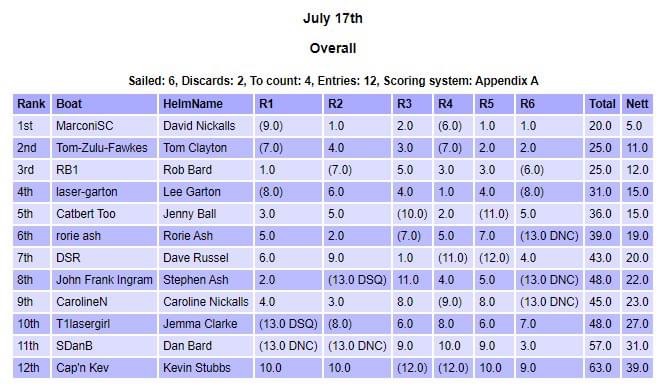 Racing often finishes off with the usual low-brow banter and Tom’s weekly garden updates – for anyone interested, the first cucumber has been harvested and the second is well on its way!

Although it’s no substitute for the real thing, it has scratched an itch and reminds us of some of the rules. Although I fear that some insurance companies will be getting an increased number of claims when racing recommences and we realise that boats can’t actually sail through each other! 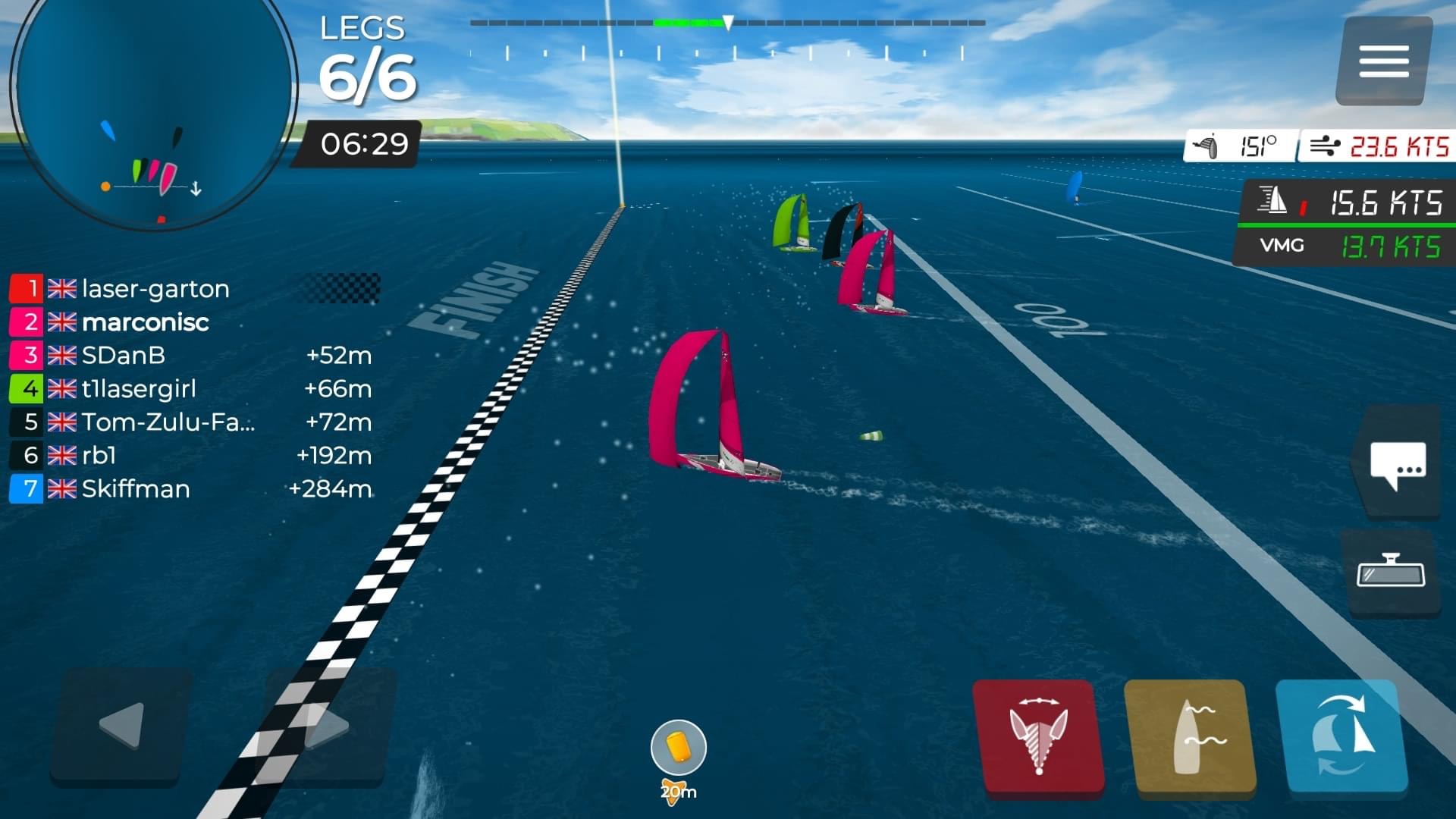 Thanks to Tom Clayton for providing the account of MSC Virtual Regatta and to David Nickalls for pulling the bits and pieces together and making it into something that quite a lot of people have enjoyed.

Editors Note:- “I am given to understand its worth logging in just to listen to the banter between the participants – although its fair to say it rated “not suitable for all audiences”