Popular news
You are at:Home»News»Marconi Back to Racing
12 boats took part in our socially distanced first Pursuit Race today. Another four boats headed out for a casual sail – despite the decidedly unpromising weather conditions for mid July! Everyone enjoyed getting back out on the water and, in particular, being able to get out on the water with support boat cover provided and with the opportunity to go for a race.
The racing boats were split into two fleets with Gary heading off first in his Topper – later joined by Karen and Julie in their Toppers. He was followed by Hannah in a Laser 4.7, Jason, Jemma and Beth in Laser Radials and Bryan and Matt in Solos. A close fought race saw Jason take the lead, closely pursued by Jemma.  Beth just got past Gary at the finish gun to take third place.  Fleet two consisted of two Sprint 15s and two Dart 18s who fought a close battle round the course. Kevin and Liz Kirby took first place in a Dart 18 followed by Pete Richardson and Fenella Miller. Jon Pearse just managed to hold off David Ball and our youngest competitor, 8 year old John Ball in Sprint 15s. 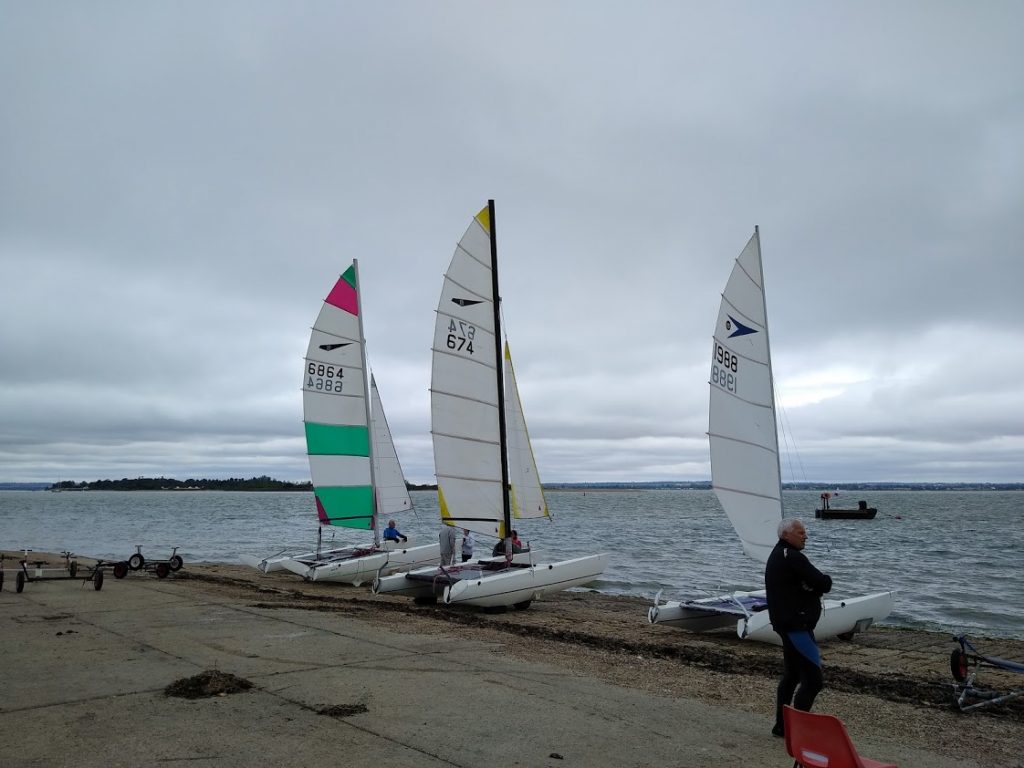 Big thanks to Peter Ward and Nigel for laying the Race marks yesterday and to Dave C, Rob and Dan Bard for manning the Support Boats and Nigel and Jenny for being Race Officers.
We will evaluate todays sailing with a view to hopefully run future races on the coming Sundays.