Members of Marconi Sailing Club planted 101 trees as part of the Queen’s Green Canopy – an initiative to encourage tree planting during the Queen’s Platinum Jubilee year.  The trees – a mix of  native species sourced from the Woodland Trust – were kindly donated to the club by members Ray and Maureen Ball. 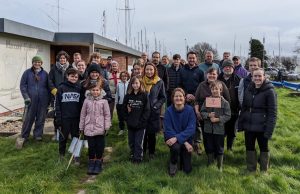 In addition to celebrating the Queen’s Jubilee, the trees will also commemorate the club’s own 70 th
anniversary and help replace some of the trees sadly lost or damaged during recent storms. A small army of club members helped clear areas for planting along the full length of the club’s field boundaries – clearing two fallen trees and endless amounts of scrub, ivy, grass and brambles. Then, on 12th March, a team of younger members took the lead on planting 101 saplings along the field edges. Each sapling was carefully planted, staked and protected with a guard. The young members, (with a bit of help from older members), approached the project with great enthusiasm and had all the saplings planted in under ninety minutes! 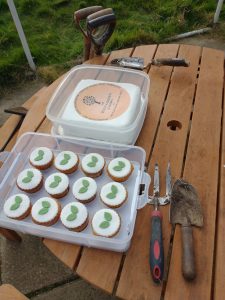 Then it was time for tea and cake to reward everyone’s efforts. Commodore, Bryan Spencer, cut a special commemorative cake and thanked everyone. He noted that the club is run entirely by volunteers and support from members enables great projects like this to take place. Going forward, our younger members will be encouraged to keep an eye on the saplings to give them the best chance of growing into new trees that members and the local wildlife  an enjoy for many years to come.

Finally, we are proud to display an official Queen’s Green Canopy plaque from the Workshop Aberfeldy outside our clubhouse to mark this special occasion.

A huge thank you to everyone who helped make this project possible. 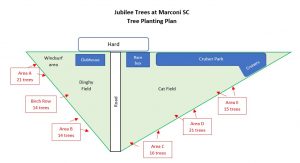 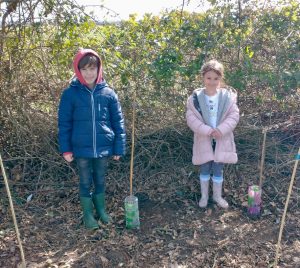 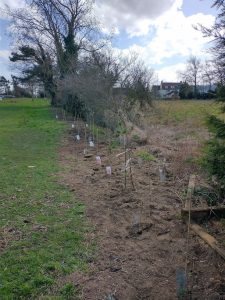 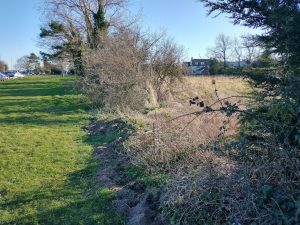 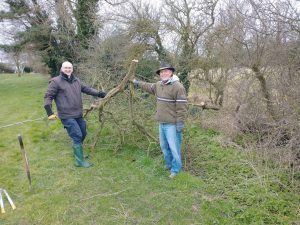 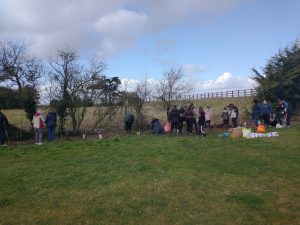 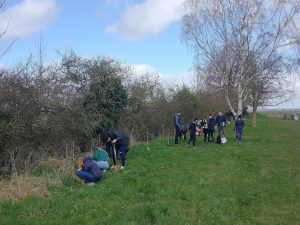