21 competitors took part in the first 2016 Sprint 15 Summer TT at Marconi SC on 23rd and 24th April.  We were particularly pleased to welcome a number of new faces – who had participated in the Association Training Day run by Howard Hawkes the previous weekend. 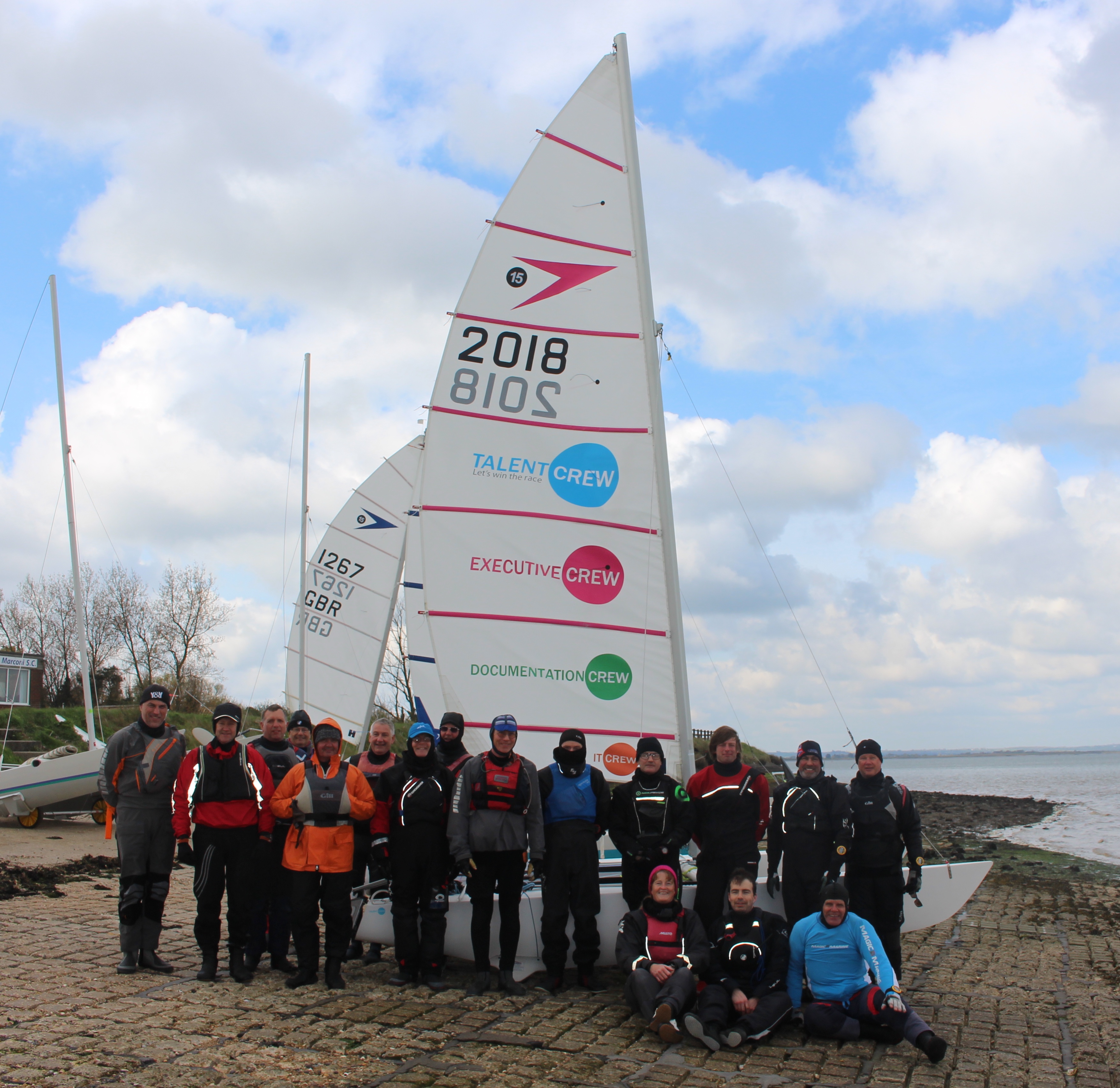 A decent northerly breeze and cold temperatures meant it did not feel very summery but did provide great racing conditions across both days.  Race 1 was a round the cans and the breeze fell away to fairly light conditions to start with.  Jenny Ball led round the windward mark, closely followed by David Ball, Paul Grattage and Liam Thom.  Paul and Liam pulled ahead on the downwind leg and led for the next two lap followed by Jenny, David and Chris Tillyer.  For lap 3 a strong breeze filled in with a shift making for multiple changes at the front of the fleet – although Paul’s lead was unassailable – Chris came in second followed by David and Kevin Kirby.

Race 2 was the now legendary long distance figure of eight race around Osea and Northey Islands.  With a strong if inconsistent northerly breeze, this proved to be one of the fastest round the island races with a fetch for much of the race.  Paul Grattage took an early lead, chased hard by Kevin Kirby, David Ball, Chris Tillyer and Liam Thom.  Stuart Snell soon caught up the pack and was in the front runners at the turning point at Northey Island.  The rest of the fleet were close behind with a lot of position changes on the leg back round the back of Osea Island.  After a real blast of a race, the fleet finished pretty close together with Paul Grattage leading followed by Kevin Kirby, Stuart Snell, David Ball and Liam Thom.  The fleet headed in to thaw out over a well-deserved evening meal.

Sunday morning saw another day of strong northerly breezes and flat water.  The start of race 3 saw a bunching at the pin end of the line and a couple of boats tacked off from the rest of the fleet to get into clear air.  Paul Grattage who went left up the course rounded the mark first followed by Jenny Ball who had gone right with the rest of the fleet close behind chasing down the reach.  Paul Grattage continued to lengthen his lead with very close racing between Jenny, Steve Healy, Stuart Snell, David Ball, Kevin Kirby and Liam Thom.  Wind shifts made for some interesting tactics particularly on the windward legs and very competitive racing throughout the fleet.  Paul Grattage took first, followed by Stuart Snell, Kevin Kirby and Jenny Ball.

For Race 4, the wind had strengthened including the odd Force 6 gust.  Line bias again meant that the fleet bunched at the pin end, and this time a larger number of boats tacked off up the right hand side of the course with Donald Sloan and Erling Holmberg making good gains and coming in with the front of the pack coming in from the left hand side.  David Ball led off on the reach closely followed by the rest of the pack.  By the second lap, David had pulled out a decent lead with Paul Grattage and Liam Thom chasing – whilst Chris Tillyer, Kevin Kirby, Stuart Snell, Jenny Ball and Daren Fitchew battled out behind.  Paul managed to work his magic again and eventually got past David to take the win, with Liam in third followed by Chris, Stuart and Kevin.

The fleet headed home after an exhilarating weekend of sailing!   Big thanks go to the Race Officer, Race Committee and Support boat crews who had a very cold time of it whilst we all enjoyed ourselves.  Congratulations to the newer members of the fleet who found themselves sailing in breezier conditions than they were used to – but got on really well anyway!  And Thorpe Bay made an impressive start to the newly introduced Traveller Team Trophy with a turnout of six competitors. 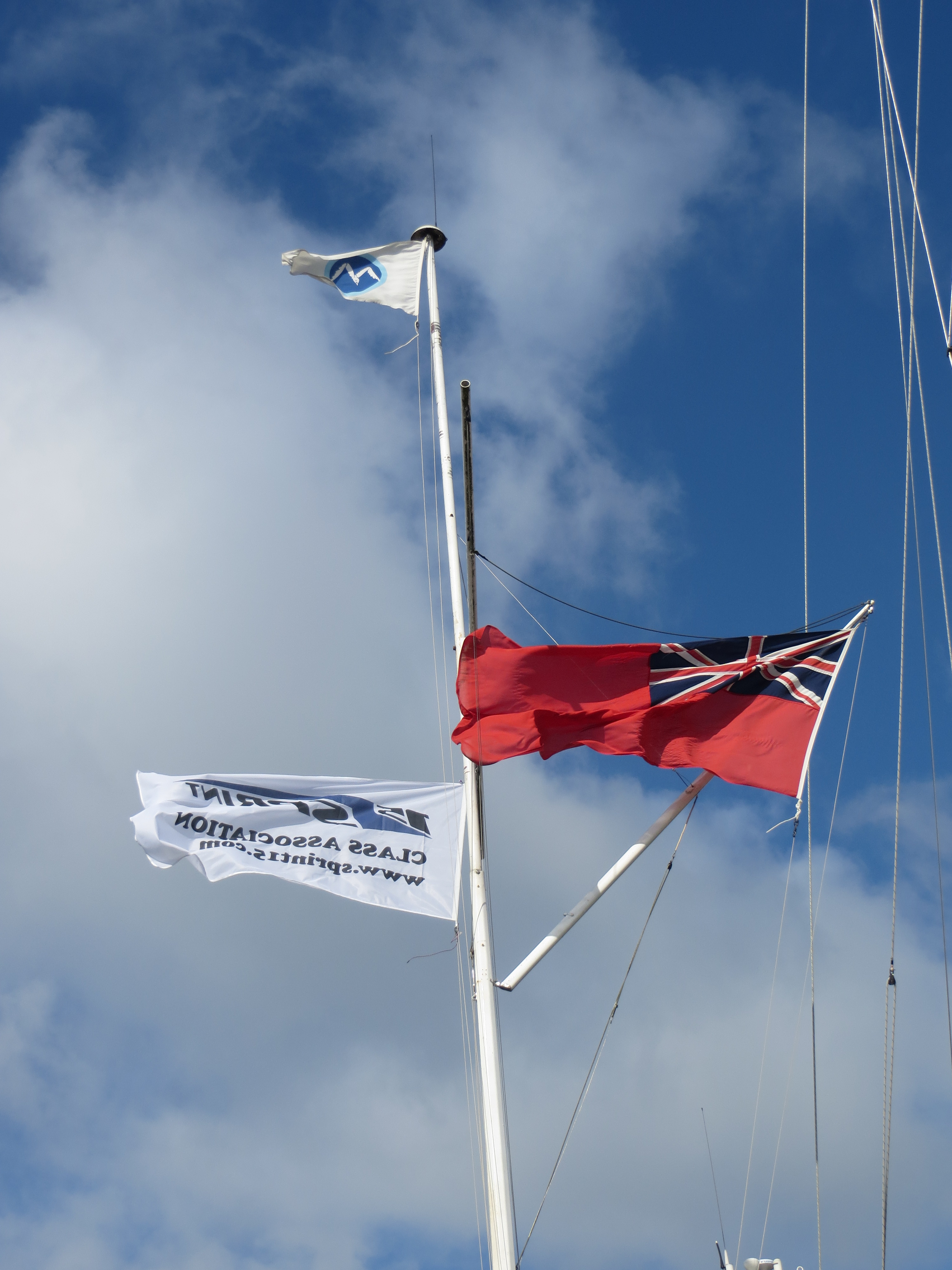