Popular news
You are at:Home»News»Open Day to Sailing Secretary

An introduction to Lee Garton, our new Sailing Secretary.

The 21st of May 2016 was the first time I’d set foot on a Sailing Boat. The Club was holding the annual RYA Push the Boat Out and a friend suggested we go. It was a great day out and after a blast up the River on Dave Hitts’ Dart 18, I was well-and-truly hooked. 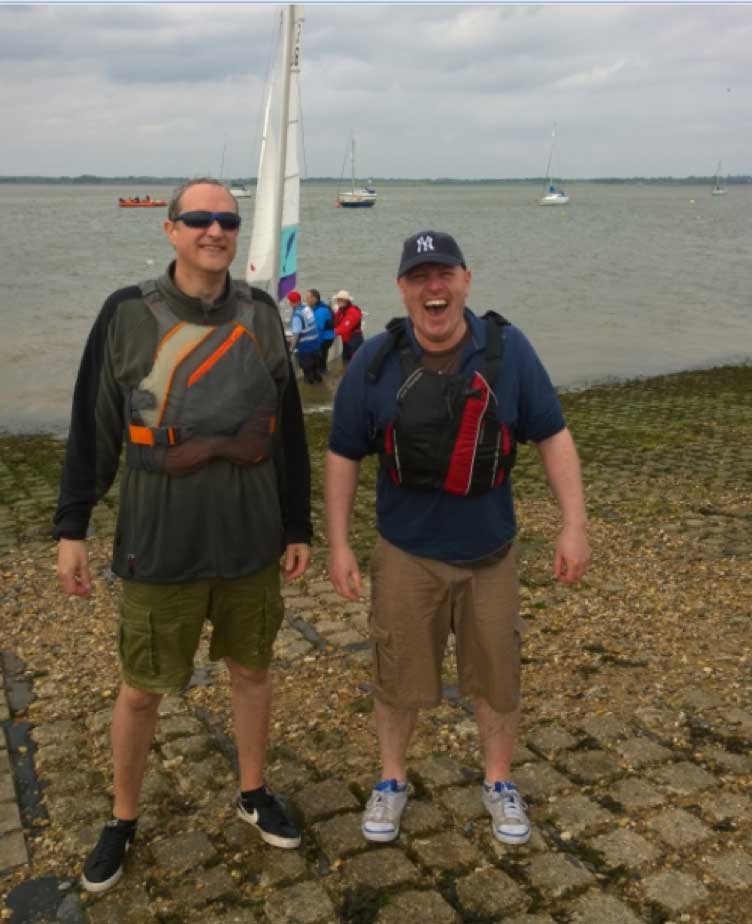 I joined the Club soon after and attended Cadet week 2016 as part the Adult Turtle group. It was here my sailing journey began. The week started with four-up in a wayfarer and ended with going solo for the first time in a Pico (and having to be rescued from the Cruisers coming back from Osea in a strong tide!).

Shortly after Cadet week, I bought a Laser and used it at the Clubs Sail Training for the remainder of 2016 and 2017. I spent a lot of time capsizing and swimming. Looking back now, buying a Laser with a full rig when you are learning to sail was hard work.

In 2018 I wanted to do more sailing and decided to try club racing on Sundays. I bought a smaller Radial rig for the Laser and gave it a go. Sailing a course really improved my sailing, so much so that when the sailing program had finished at the Club for the year, I took the Laser to Maylandsea Bay Sailing Club (MBSC) and competed in their Winter Series and followed that by doing the Blackwater Icicle hosted at Harlow and Blackwater SC (HBSC).

I continued to do as much sailing as I could do during 2019 and, at the end of the Club season, I took the Laser to MBSC again and competed in their Winter Series and afterwards, I took the Laser to Ardleigh Reservoir in Colchester to compete in their Frostbite Series too. This finished a really good years-worth of sailing for me.

Since my very first trip up the River, I’d always wanted a Catamaran. In February 2020 I bought a Sprint 15 and Joined the Sprint 15 Fleet. After Lockdown #1, I tentatively started to learn to sail the Sprint. I started by doing some socially distanced cruises and the Socially Distanced Race Series in late summer. Mid-way through the Autumn Points Series I felt confident enough sailing the Sprint to enter my first National event and attended the Sprint 15 Nationals at Graham Water. It was a great learning experience.

I love sailing at Marconi and spend as much time at Marconi as I can. Volunteering to be Sailing Secretary gives me the opportunity to make a contribution to the day to day running of the Club and to spend more time at the Club too.

I’m really looking forward to the upcoming sailing season and improving my sailing on the Sprint. I hope this year will be a great year and can’t wait to see you all out on the water. 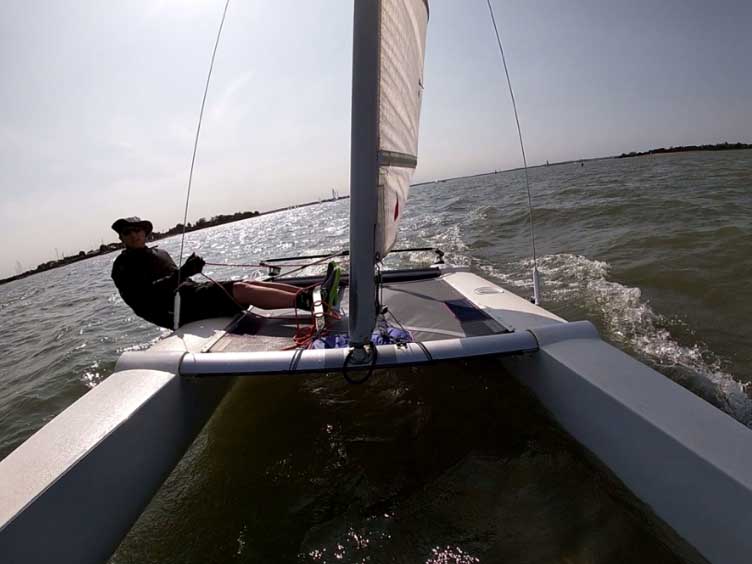