This Sunday sees the start of the 2019 seasons Dinghy Racing at Marconi Sailing Club.

Unlike last season where we simply had a few minor changes to proceedings this season we have a lot of changes to advise you about.

The first thing to advise is that we will be starting our club racing from the new Bridge Deck using the new starting systems. It might all seem a bit different but actually when the horn sounds and all the flags go down you start – that’s pretty normal.

One thing to note is the extension to the time between race sequences which is now a leisurely 3 minutes, this is to allow any recalls to “time out” prior to starting the next sequence.

The revised Sis are available in the club documentation section of the website – you will need the new password from your year book to access them. Document Library

The link below will display a simplified set of information you might find useful.

So what does the new start line look like: 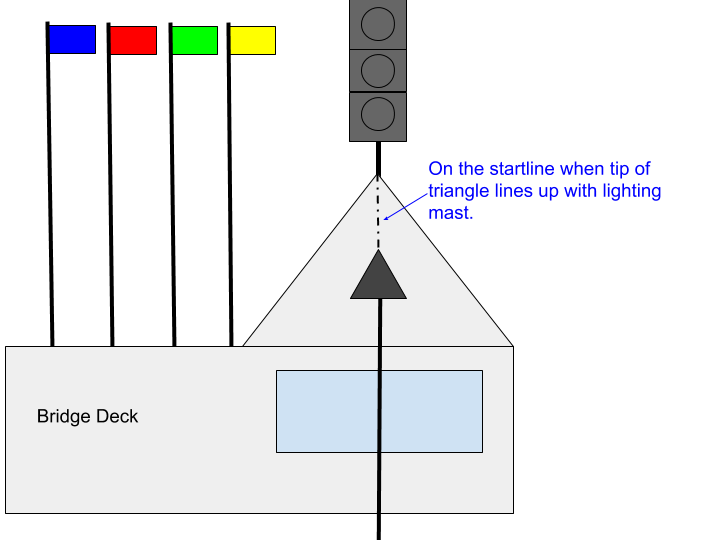 One issue that people constantly asked about at the previous race box was the inability to see the flags clearly and that the horn often could not be heard. As a result many a sailor had suggested that a light be added that illuminated when the horn sounded. So taking this idea a couple of steps further the following has been implemented. Brightly coloured flags to aid visibility and lights to reinforce the horn and flag signals. If you wished to, you could easily manage your start just using the lights, if you wanted to keep it simple. 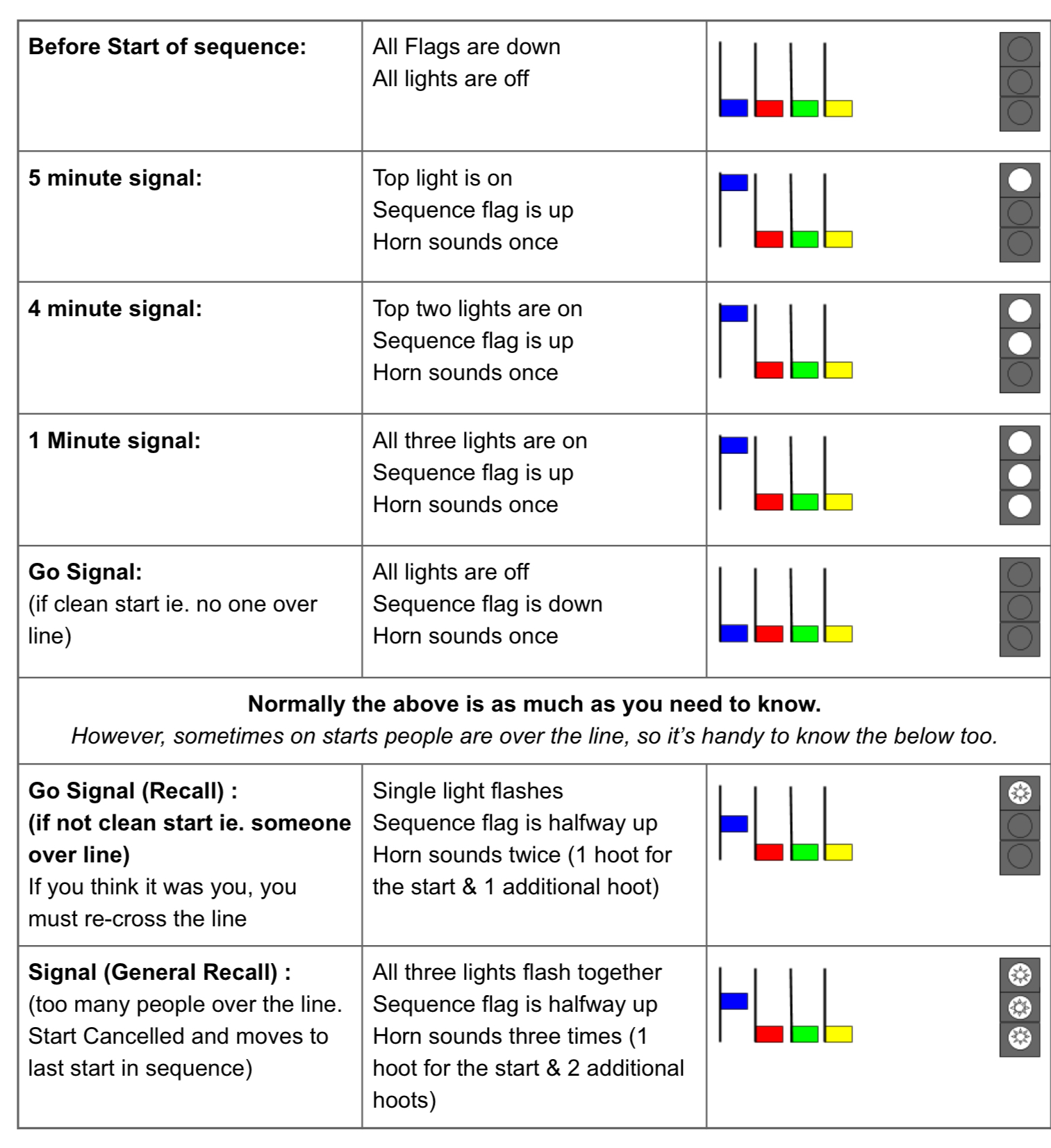 The main aim has been to make racing as simple as possible for new, novice and younger sailors to get involved with. Hopefully growing the numbers taking part over time and from the roots up.

The numbers involved in racing at the club over recent years have remained quite low but reasonably constant, however the age profile of those who do race, as a result of the inevitable passage of time, has been increasing with the obvious end result awaiting us.

If we left things as they were we can be fairly certain of the eventual result. Preferring to try to envisage a different outcome we are making changes. Its unlikely we have everything as good as it can be, so we will probably need to continue to make changes. Hopefully giving the club at least the chance to build a significant racing fleet in the future.

Remember that you can find the clubs racing programme on the club calendar.

Come and get involved!