Popular news
You are at:Home»Events»On The Road»Marconi take part in the Burnham Gig Race

This weekend Marconi Sailing Club made it’s world debut into the rowing scene, by entering our Harker’s Yard Rowing Gig in the Burnham Gig Race!

Not one, but 2 races in fact, due to a last minute practice session of commands and technique organised by Tom Clayton on Saturday, we were able to add a “Mixed Crew” to our Men’s entry.

There were 12 boats entered, 2 GRP Thames Class 4 man boats (which run in there own class) and 10 Harkers Yard class Gigs. We had set ourselves the task of “looking neat from shore” and “actually finishing” as being fair targets. 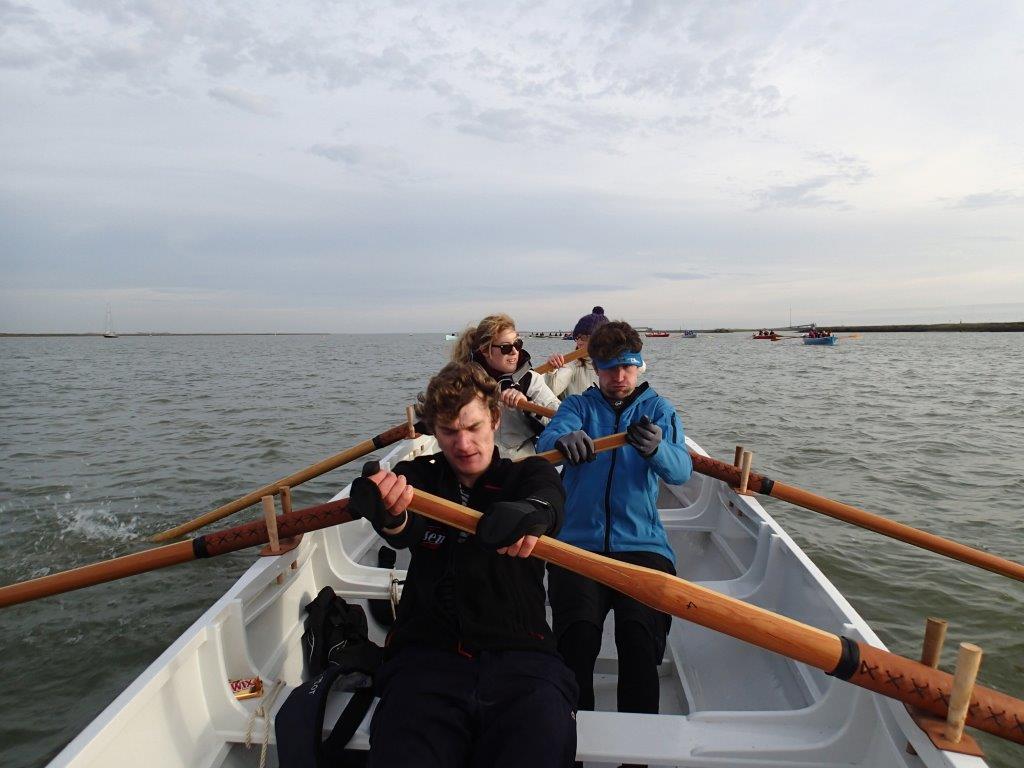 It soon dawned on us that a race start would be more difficult than a sailing one, as with 12 boats mean  48 Oars to also keep clear of. The tide was due to turn 4 minutes before the start and we chose to get out early (avoiding the crew change on the pontoon from the first “Ladies” race). Our cox’n  chose the far bank to start and we set off at a steady pace (so we had some hope of being able to last the distance)

As we only had one or two practice sessions each, we had not really tried a race pace, concentrating on basic technique first, so to me keeping breathing in time with rowing movement was the first challenge as we headed out to No. 3 buoy, seaward of the start.

Fortunately for us Tom’s metronome had a miraculous improvement and we were heavily encouraged by Tom to keep going, time seemed to slow down and it seemed some while before we had even got 1/3 of the way to the turn. We could see the worry on Tom’s face as we closed on the turn, realising he would not want to be in the middle of the bunch for the turn around the buoy.

For the return towards Crouch Y.C. we were pushed along by Tom, and managed to stay fairly close to the main bunch, and followed the north shore, it was certainly getting to the point for me not to be able to pull much faster when encouraged by the cox’n, but we were soon finishing about 15 seconds or so after boat No.11, with some strong encouragement from the supporters ashore (thankyou).

After a quick crew change, the Ladies race started at 13.30

As tide was building,about 2 knots pushing us over the start line, the start became more complicated to manage for me as Cox’n, plus the poor mixed crew (2 ladies,2 men) had me to drag along plus more work pre-race stemming the tide

I decided we would row a 360 and then along the line for the start, and follow the deep water, we made a fair start, our rowers kept good time and we stayed relatively close to the bunch all the way downstream to the turn, where we arrived last but made a fast turn (“bow side” “ hold water”, “stroke side” “pull hard” and made up a length or two. Tactics split here and I decided to head close to the south bank against the tide going back, as the north side seemed a lot farther away. I did not get us over quite as far as I should but managed to tuck in eventually (the support Rib said by tucking in we gained a knot in boat speed to 3.5 Knots over ground against the tide. Our younger crew had great stamina here, credit especially to Rhiannon and Lucie, and by still  responding to my gentle encouragement and “10 Good Pulls” (several times!) they gained over a boat on the North bank and we were not going to be last, the crew agreed to go harder and we finally crossed the line on the opposite side to our supporters AHEAD OF THE LAST BOAT!.

(I have attached some “before” and “after” photo’s from the Mixed race, unfortunately the cameraman was busy rowing on the Men’s one). 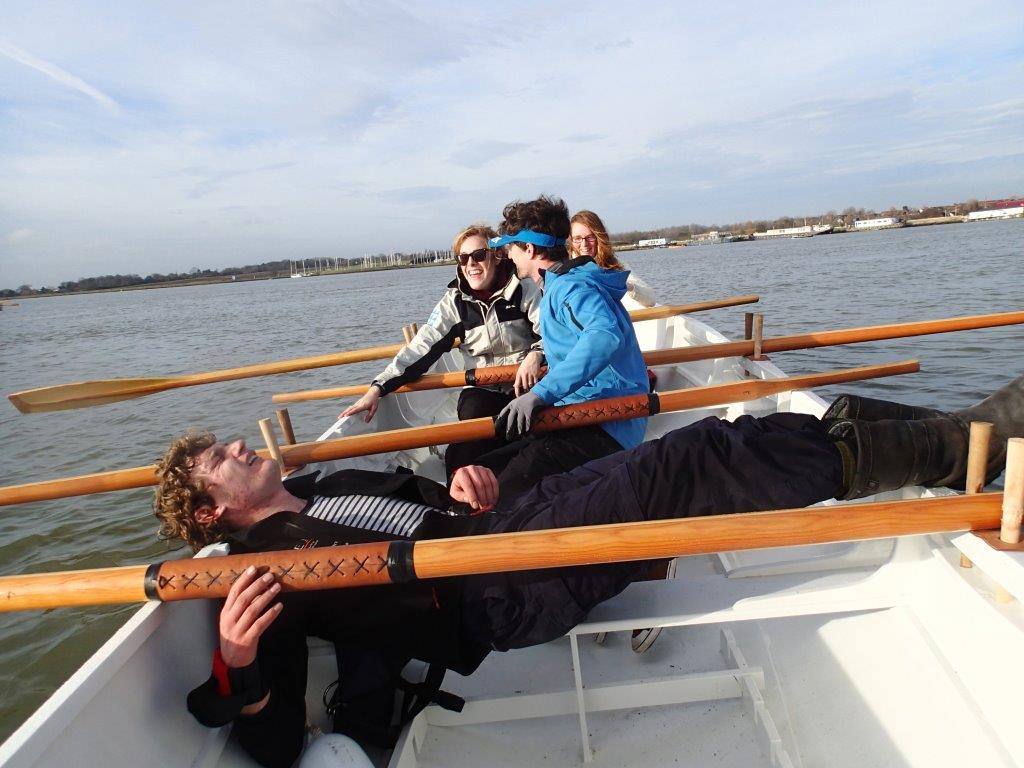 Immediately after the finish, having stopped rowing, we realised the full strength of the tide, and the distance to row back, so called on the services of a support Rib to tow us back. By the time they had tied us alongside we were halfway out to sea again but were glad of the tow. We have also noted that the last boat to finish can easily be a long time awaiting a trailer on a narrow slipway, waiting turns with a large fleet.

We received some post race tips from other crews, some who have been racing 2 seasons now – interestingly one was “Why are you using your practice oars?” – it turns out that our “One Class” Harker’s Yard boats can be used with hooked blade oars, which can give 10% more efficiency (they say…..), so our 12/12 and 11/12 was perhaps more respectable than we thought.  – the bad news is we’ve now got to raise £2,500 ish for a set of Race oars!

So, well done both teams – a respectable first outing, a few blisters to show between us and certainly a few aches already for me tonight.

(Practice next weekend needs a careful eye on the weather plus how to fit around the Dinner Dance Saturday night too!)

Thank you especially to Roy Hardwicke for fixing the roof of the Gig container mid week, and to Peter & Sandra for towing the boat both ways and providing invaluable support plus linking us in with the race schedule organisers. 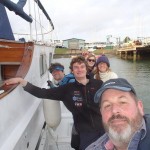 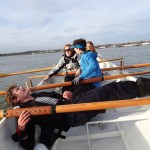 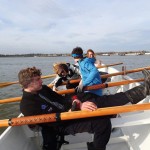 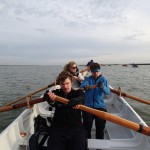 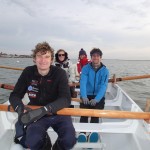