We were delighted to host fifteen Larks for the Lark Helly Hansen Great 8 Open on Saturday 4th and Sunday 5th June.  With a series format of three races back to back on both days, the fleet headed out on Saturday in a steady, if gentle, northerly breeze on Saturday afternoon.  With the course set in the bay to the west of Marconi, the course took the fleet right across the channel, and the River Blackwater tide, between the Osea shore and Steeple Bay. 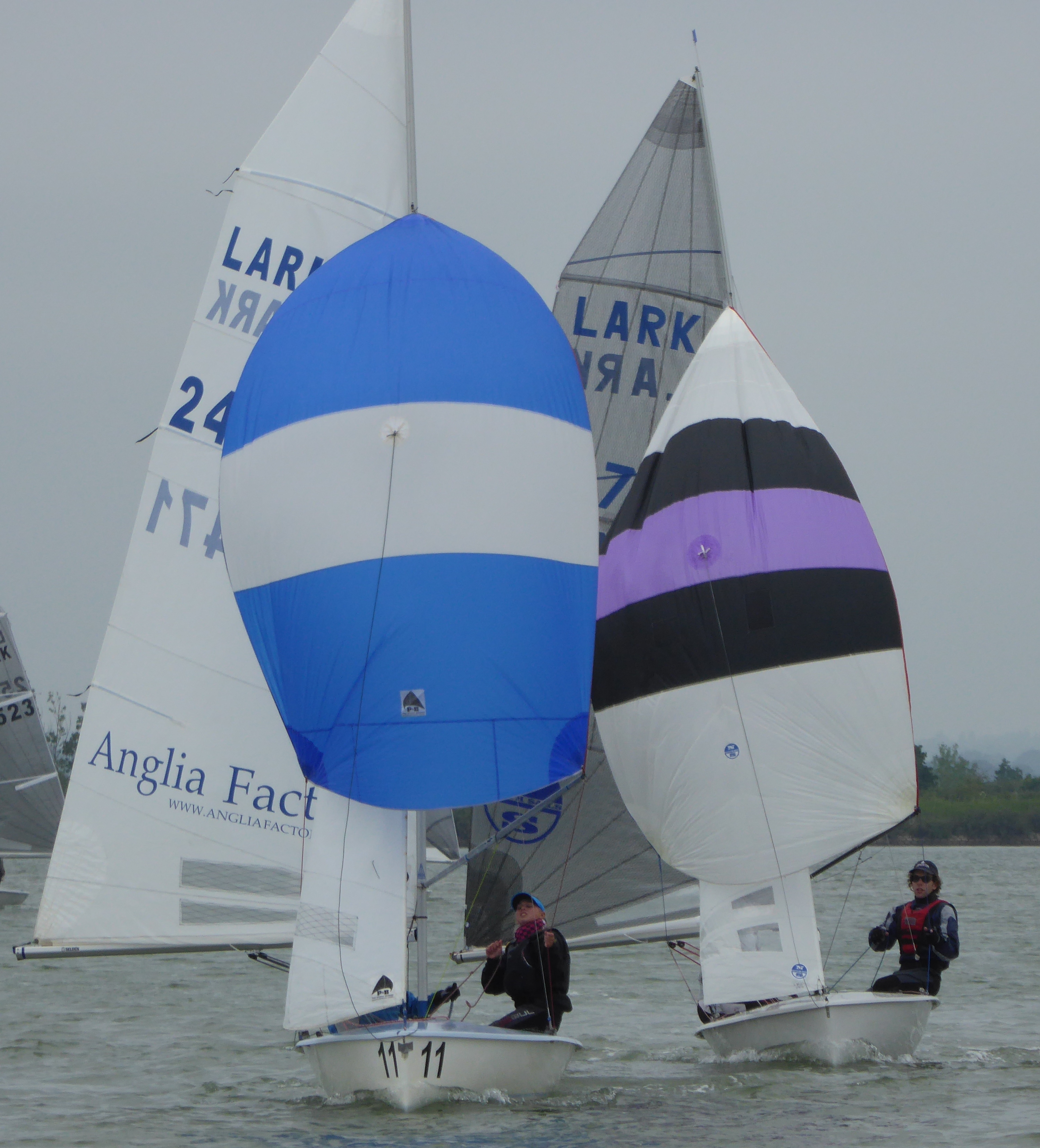 With a settled breeze, three races were completed with a quick turnaround and saw close racing between both the front half and second half of the fleet.  Matthew and Kate White (Waldringfield) took two bullets, Chris Whitehouse and Simon Haghton (Ranelagh) took the third bullet and Alan Krailing and Ed Harris (Waldringfield) took two second places.  By the end of sailing the sun had come out finally banishing the cold weather from the prior week.  The fleet enjoyed a barbeque, real ale evening and live music along with Marconi members and guests from Colne Yacht Club.
Sunday dawned with slightly stronger winds and a promising forecast of 9 – 11 knots from a NNE direction.  The fleet set off to the start area in conjunction with the Laser fleet who were competing in a one day event.  As the start sequence approached, it became clear that we were not going to enjoy a second day of steady winds.  With a significant shift to the left, the start had to be postponed to reset the course and further postponed to ensure the Windward mark would hold position in the strongest part of the tide.  After patiently waiting, the fleet were finally able to set off – only to find that the windstrength was also going to be fickle and died away as the fleet progressed up the windward leg against the strong tide.  The majority of the fleet hugged the south shore before tacking across the tide to the windward mark.  Those who made the windward mark in one go were able to make a break for freedom whilst those who did not quite make it battled very hard to get back across the tide to round it.  The first group finished in around 45 minutes and after a frustrating sail for the other half of the fleet, the time limit was exceeded and the race was halted for the remaining competitors.  By this time, the wind had veered right round to the South East which enabled the course to be relocated into the bay and out of the main channel.  A much shorter course was also set to mitigate for the fluctuating wind strength resulting in very tight racing among the fleet for both Races 2 and 3.  At the end of Sunday, there were three separate race winners – Alan Krailing and Ed Harris, Chris Whitehouse and Simon Haughton and Charlie Roome and Emma Hivey from Ranelagh, with Matthew and Kate White taking two second places. 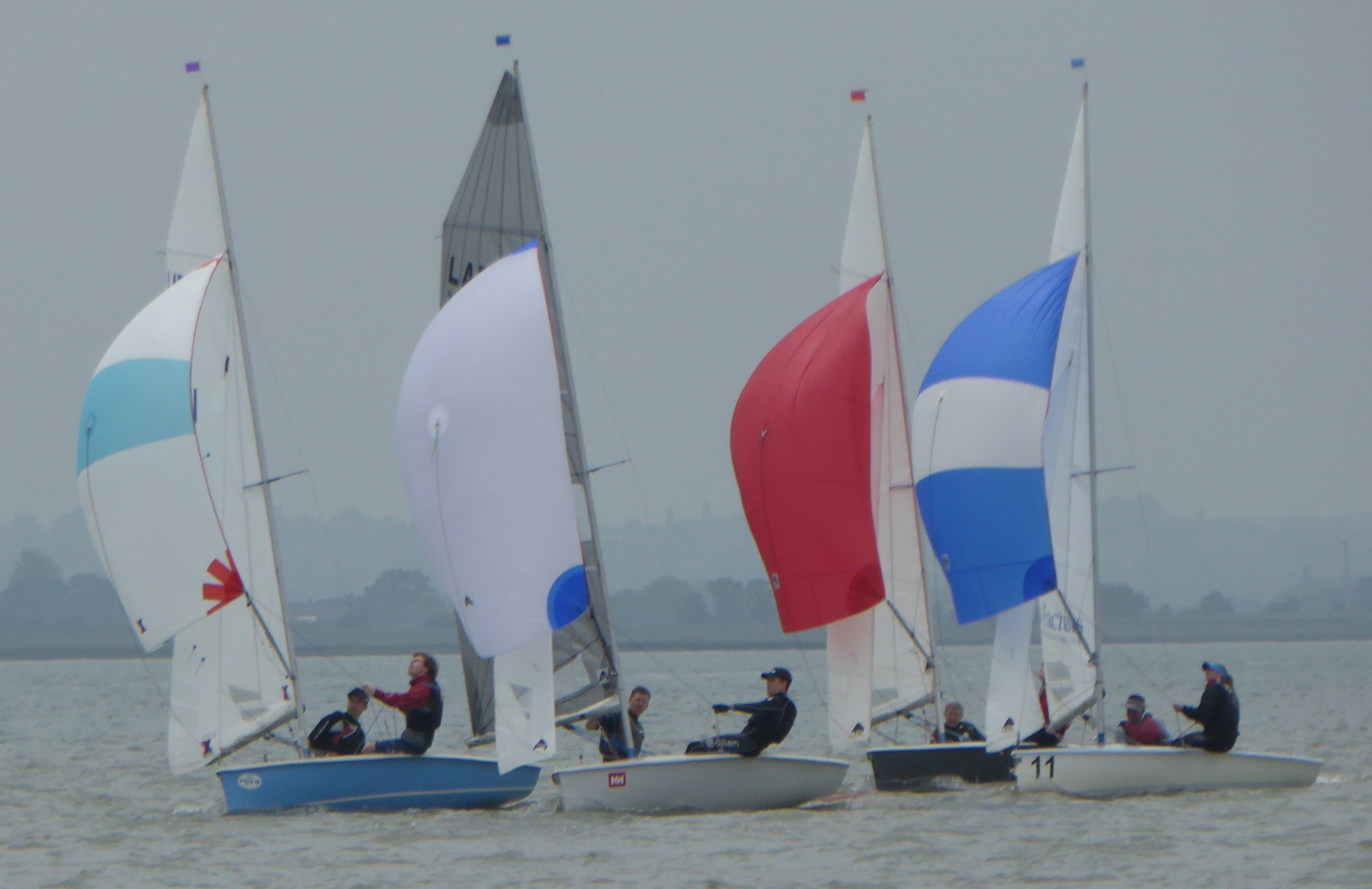