Popular news
You are at:Home»News»Elettra rows The Great River Race

It can take a long time to forget pain, aching limbs and sleepless nights, but clearly twelve months is long enough… On the 14th September MSC entered Gig Elettra into the 32nd annual Great River Race, London’s 21.6-mile river extravaganza starting at Docklands and running along the Thames past some of London’s iconic sights to Ham in Richmond. 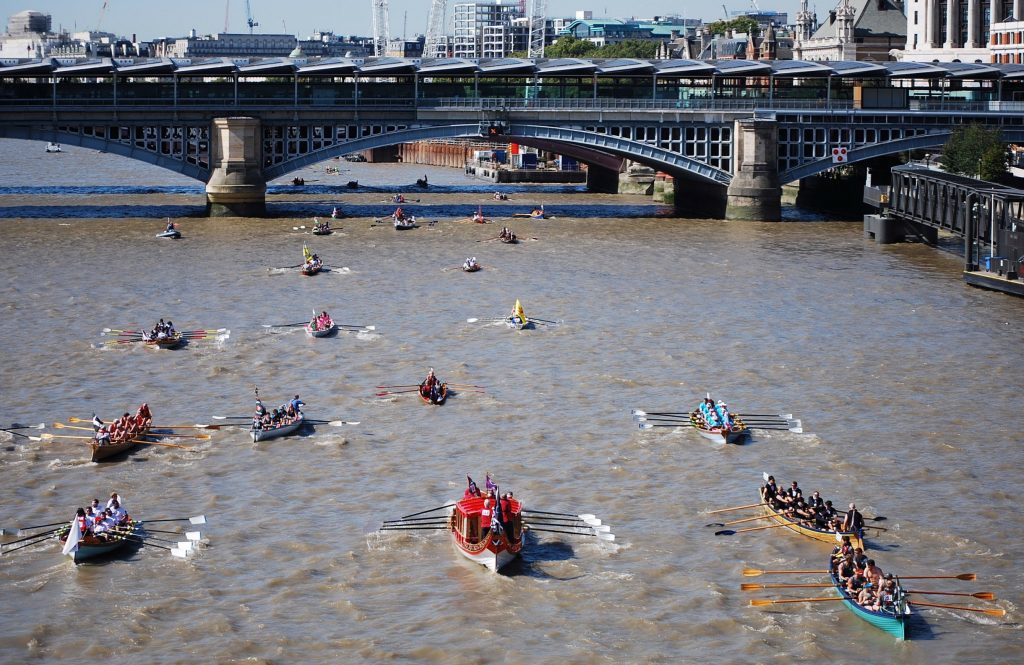 The race attracts crews from around the world in traditional boats that include Celtic Longboats, currachs, Cornish gigs and Hawaiian war canoes. This year not only included entries from across the UK but from, Hawaii, Florida, Romania, Holland and of course closer to home, Stansgate…

Last year saw Elettra’s crew finish in 3hr 5mins placed 148th from 329 boats, this year we targeted a time of under 3 hours and hoped for better placement from the anticipated 340 + craft.

Leaving the club Friday morning for London and camping in anticipation of an early morning start, the crew successfully negotiated the pre-race party and sensibly prepared by loading up on liquid carbs. With Jon Lavender’s camping experience clearly in evidence, MSC won the unofficial prize for the biggest tent, by quite some margin.

Race morning arrived way too soon as did our final crew member Graham Cross, armed with camera, he is proof that a smile and a chat makes friends of anyone, his impromptu word perfect rendition of “Running Bear..” given on the water to a Cornish gig crew in American Indian costume, was not to be forgotten, although sadly not caught on camera.

Steve Cleaver cox’d us over the start which with a running tide and boats everywhere, was particularly difficult. However, we got away on time accompanied by the other Harkers Yard Gigs we’ve become very familiar with and settled in for the day.

Millennium bridge saw some great support from club members cheering aloft, really encouraging as it coincides with the point when you start to realise how damn far 21.6 miles is in a gig. 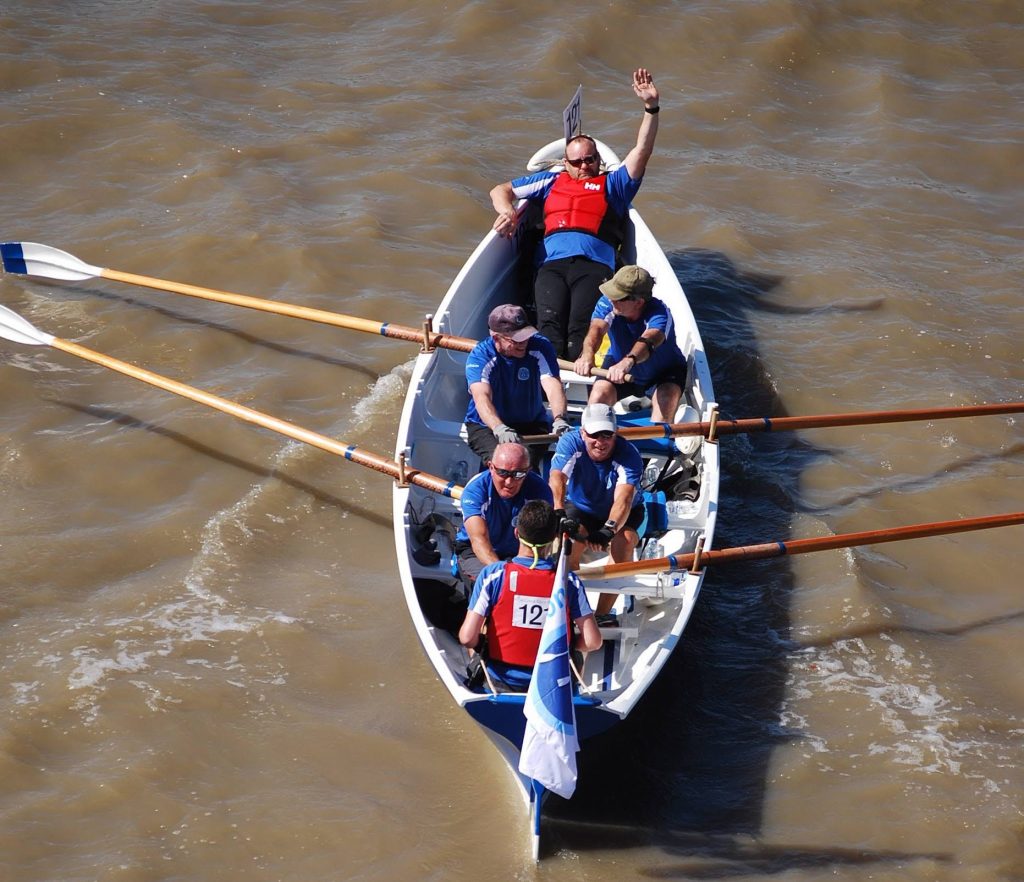 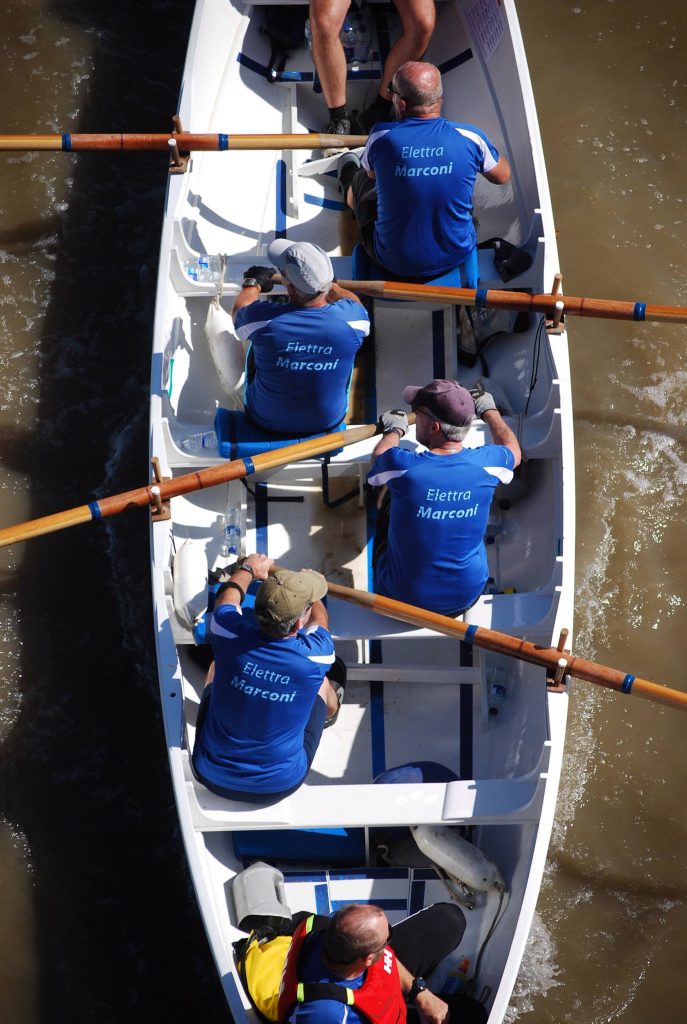 We dodged our way around other boats through London, had some fun testing the water steward’s intent on keeping us away from the tidal flow (a lesson we learnt from last year), and avoided (mostly), clashing with slower craft. We had a few ‘moments’ with boats that seemed to forget they had a tiller and had some banter with anyone who’d listen and our crew transition every 20 mins, worked perfectly.

But crikey, was it hot. Sweat, sun-cream and eyes don’t mix and the last few miles became a challenge. Nearing Richmond, we came up on one of the Harker’s yard boats we never seem to get near in the winter, ‘I can see Mahala ahead’ was all it took to wrench the remaining energy from Elettra’s crew, pick up stroke and overtake her with 500yds to go in front of a cheering Richmond riverbank crowd… It was a small victory, minor in the scale of the event, perhaps petty, perhaps OTT for a fun day and maybe won’t last long as this year’s series nears… But oh, so sweet.

GRR 2019 over. It was another enjoyable day, made evident with talk of next year or races further afield, fuelled no doubt by one hell of a post-race party and good beer. We might not have picked up a trophy but coming in at 90th, with a time of 2hr 53min was a prize to us.

Larry finally gets a rest!

Jonathan Lavender – Strong as an ox with the biggest tent outside of a scout group.

Graham Cross – Chief negotiator and our very own communications (and bar whip), manager.

Finally, many thanks to Capt’n Kev for all the guidance, advice and encouraging words… Bring on the winter series, 3 deg, rain, wind and snow…

GET ONBOARD! SEE THE GRR MOVIE HERE! 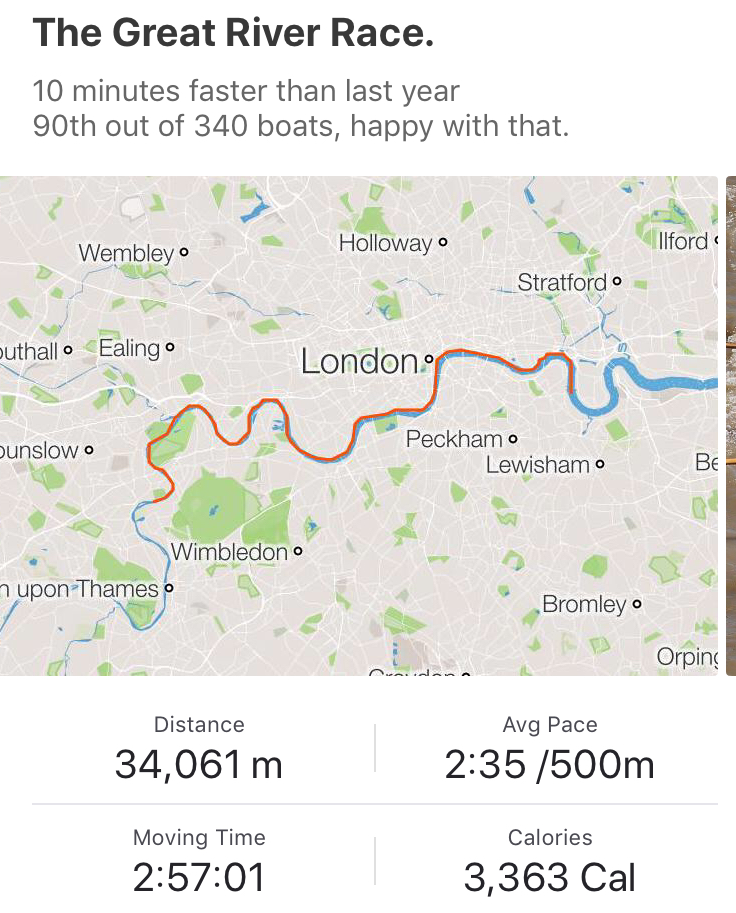