The 2018 East Coast Piers Race weekend was another success with 86 boats registering to take on the challenge of long distance racing.

The East Coast Piers Race is a weekend of sailing held at Marconi Sailing Club in Essex in aid of the Cirdan Sailing Trust and Essex Air Ambulance, all money raised from the weekend goes to support these charities in what they do.

This year we were proud to also be Allen Endurance event, part of the 3 event series.

With free on site camping available from Friday through to Monday many competitors arrived on Friday to take advantage of the glorious sunshine and to get their boats set up early.

Mighty Oak Brewery very kindly donated 7 firkins of beer (over 500 pints) of beer to the event with all beer being sold at £2 a pint with all the money going to charity. Obviously this proved to be very popular and visitors to the bar made a fair dent in the beer supplies on Friday night.

When Saturday morning arrived there was a light breeze coming from the East but it was building all morning. The race briefing took place at midday with the first race due to start at 1pm. The wind direction was perfect for sailing up and down the river so the race officer set a course which went to Thirslet Spit mark and then back past Marconi SC to an inflatable.

The first race was more popular than the second, mainly due to a game of football which was showing in the bar.

The second race was a little more testing with slightly less wind on the race course but the approach of running average laps helped out the slower dinghies who didn’t have to go as far as the big catamarans.

Overall it was David Annan in his Musto Skiff who took the dinghy win and Grant Piggott and Will Smith who won the catamaran racing.

The race briefing for Sunday is always held on Saturday evening due to the early start of Sundays racing. The briefing kicked off at 6pm with a full marquee of competitors keen to understand the 3 race courses available.

To cater for dinghies from a PY of 1030 or faster and foiling catamarans the 3 race courses are 48 miles, 27 miles and 13 miles.

The end of the briefing was rudely interrupted by a charcoal covered gentleman shouting THE BBQ IS READY!

Following the BBQ we once again had a the popular Monkies Wedding band who did a great job of entertaining the crowds while they slowly worked their way through the Might Oak beers. 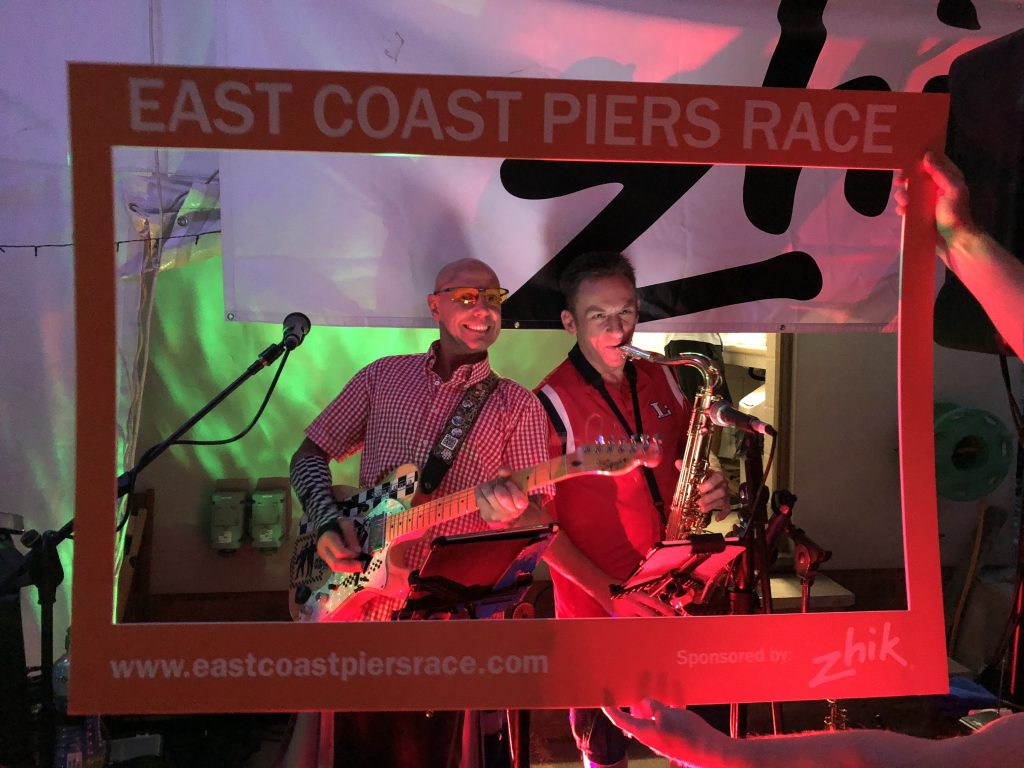 The early call on Sunday morning came at 7am to get competitors up and ready for the planned 9.30am start. Due to the long distances of the races we ask competitors to take certain safety equipment with them and each boat is checked through the gate in the sea wall to ensure everything is present and correct.

There was no breeze very early but it was teasing the race officer with the sponsors flags starting to move on shore. He decided on a postponement of 45 minutes before we could get the races underway, it was tough keeping the competitors from crossing over the line with the tide but with a bit of rib support they were dragged back and all started the ECPR as planned.

At this point the race committee knew there was 10 knots of breeze at Walton and that it was building.

The Colne Point race started 15 minutes later and was the race with the most sailors, this race is open to fast dinghies and catamarans and the 27 miles proves more popular than the 48 mile course.

Next to start was the Bradwell Race – this was introduced a few years ago to cater for more dinghies and the PY was adjusted to allow boats of 1030 or faster to attend. This year we were pleased to see a 29er and Contender taking part in the shorter course.

Due to the wind conditions and the time the course was taking the ECPR and Bradwell courses were shortened. The ECPR turned at Clacton Pier and the Bradwell Race sailors didn’t do the additional dog leg back up river.

In the East Coast Piers race it was John Tuckwell and his crew John who took the line honours award. Mark Mawditt and his crew Tiffany took line honours in the Colne Point Race. For Bradwell it was the 29er sailed by Sophie Johnson and Dylan who came through the line first. 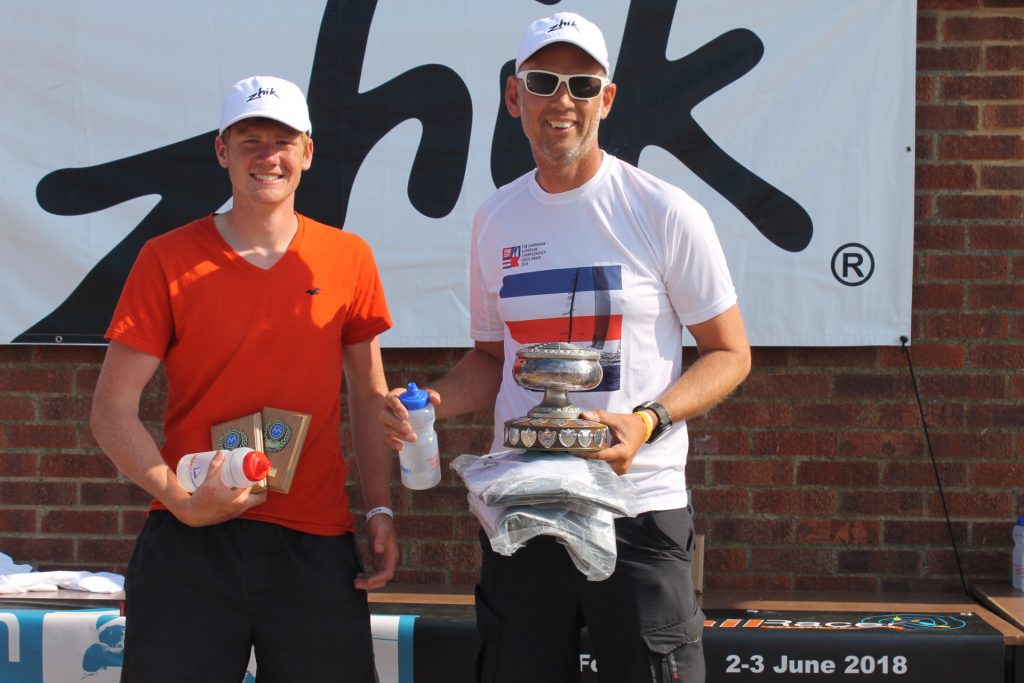 With Sail Racer supporting us with GPS tracking and with the support of Allen we were able to award some additional prizes based on the data collected from the boats.

Anthony, a local Marconi sailor won the award for Best Display of an Allen Sticker, keep an eye on the ECPR Facebook page to see the photo.

Prizes were then awarded for the fastest speeds on the courses and the fastest on corrected time.

A raffle is also held over the weekend with this years prize being a summer clothing package from Zhik worth over £500. This year local sailor Kevin Kirby took the prize home – a massive thank you to Zhik who not only provided this prize but also loads of prizes for prize giving.

A big thank you to our race sponsors, we couldn’t run the event without them:

Full results can be found on the East Coast Piers Race website – www.eastcoastpiersrace.com