67 boats made their way to Marconi Sailing Club for the annual East Coast Piers Race over the weekend of the 9th and 10th July.

The East Coast Piers Race is a long distance race weekend for fast dinghies and catamarans raising money for The Cirdan Trust and Essex Air Ambulance. 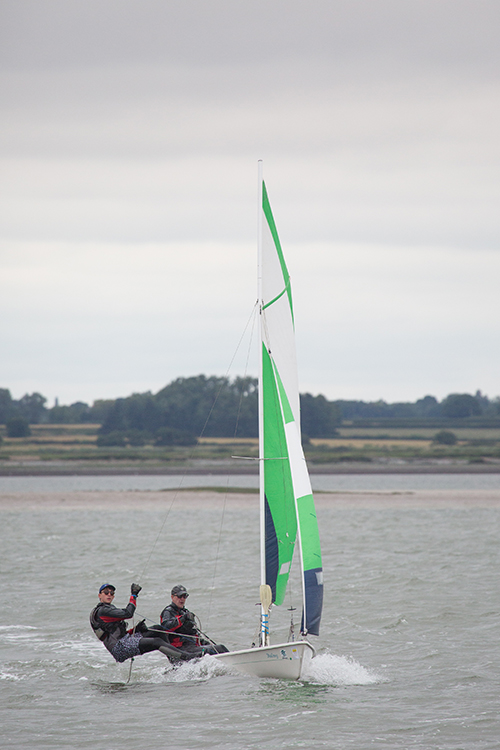 With free camping available from Friday through to Monday many competitors arrived on Friday to get their boats rigged.

After morning registration and a good breakfast on Saturday there was a midday briefing for a 1pm start with windy conditions forecast for the afternoon of racing where the race officer was hoping to get two races in.

A course was set which took the sailors up and down the River Blackwater to give them a healthy warm up for Sunday. It was a breezy start to the weekend with a few capsizes in the first race, mainly around the windward mark in the larger chop.

Many of the competitors thought it would be best to sit out the second race and prepare for Sunday.

At 6pm on Saturday the official race briefing was held in the marquee, with Adnams as a race sponsor it was rude not to have a beer in your hand during the briefing. As soon as the briefing finished the BBQ was ready and the sailors and their guests tucked in! After the BBQ the bar was continuing to sell beer where the visitors and Marconi members were making their donation to charity by drinking. Later in the evening a band came on and entertained everyone until very late.

As per usual, and not at the request of the usual person, the camp site was woken at 6am by the sound of Sweet Caroline and Neil Diamond through the PA system. A firm favourite with many of the competitors, or maybe not but it’s becoming tradition. With the first race start scheduled for 8am an early start was unfortunately needed to match the tides.

The East Coast Piers Race which takes sailors 48 miles to Walton and back was the first to start at 8am. Due to the wind forecast and possible force 7 gusts it was decided on Saturday that the course would be shortened to Clacton, making the race around 38 miles.

In the full ECPR race it was the Dinghy Rope Tornado which had the best start flying off the line with the Marconi Commodore at the helm. As the fleet reached Thirslet Spit they were over taken by John Gimson and Pete Jary sailing the big pink Nacra 20 Carbon. Closely behind were the Hurricane and Windrush Tornado followed by a fleet of F18’s.

Through the Bradwell gate and out towards Colne Point the wind was building and the waves were getting bigger making a 2 sail reach very tricky! It was at this point that the foiling Nacra F20 overtook the Tornado and started to catch up the non foiling Nacra 20 Carbon.

The two Nacra 20’s then started to pull away through the Colne Point gate and up towards Clacton pier which was the turning point. All the way back from Clacton it was a long beat with only 12 tacks made along a distance of 19 miles.

As the ECPR fleet were heading back from Clacton they came across the Colne Point race boats which were going around the Colne Point marker and heading for home. This meant the fleets were arriving back in mass at Marconi after a long beat back.

First back in the Colne Point Race were Kevin Dowley and Tom Brooks from Marconi sailing a Tornado. First back in the ECPR in a time of just over two hours were John Gimson and Pete Jary who took the line honours trophy.

Due to the quick race the prize giving was held at 1.15pm, much earlier than usual meaning the sailors could head off home early. First up was the raffle where our race sponsors had donated some fantastic prizes. William Harrison was the lucky guy who took home the top prize of £750 worth of Zhik sailing gear. 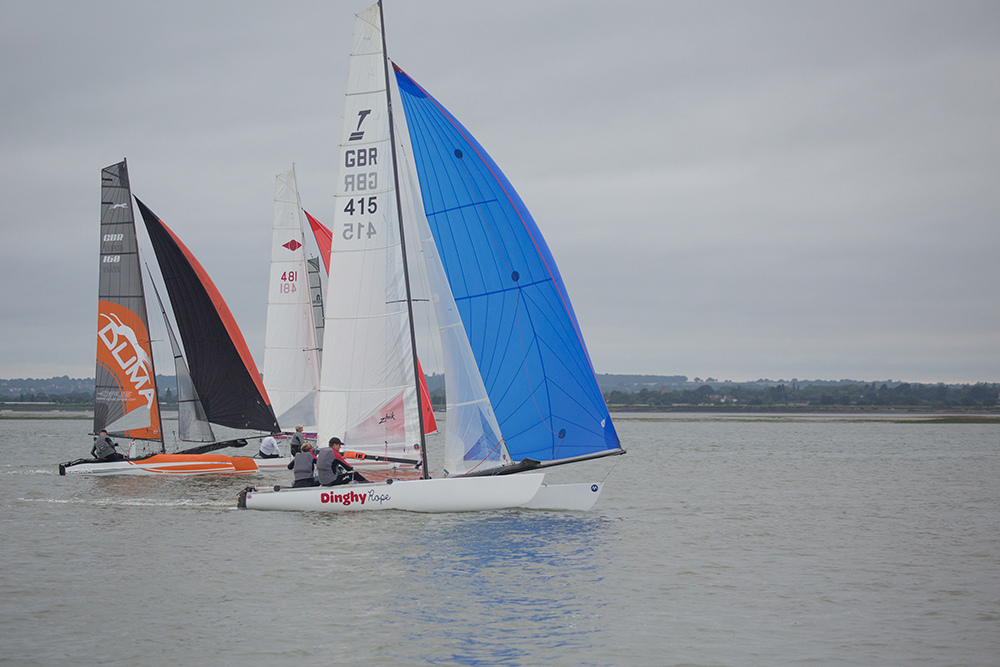 Full results can be seen on the ECPR website – www.eastcoastpiersrace.com

It’s important to note that although this is a long distance event there are yachts anchored at every mile ready to give assistance along with a fleet of ribs in between them in key areas of the course. Marconi also ensure that essential safety gear is carried on each boat.

A massive thank you to our sponsors for the weekend Zhik, Adnams, Dinghy Rope, GP Sails, Funky Monkey Boat Names, Yachts and Yachting and The Moment Images.

Next years event will be held on the 2nd July, get the date into your diary. 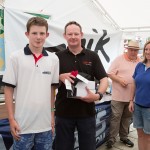 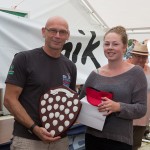 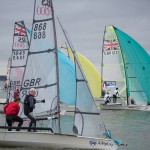 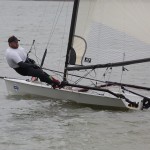 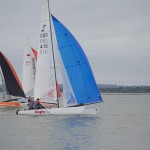 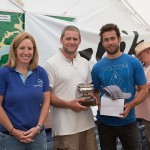 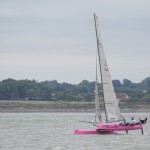 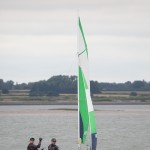 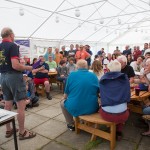