Gig rowing, Winter Dinghy Racing, spectators and cruiser activities made sure the staff of Mamgu Bar were kept busy all day. 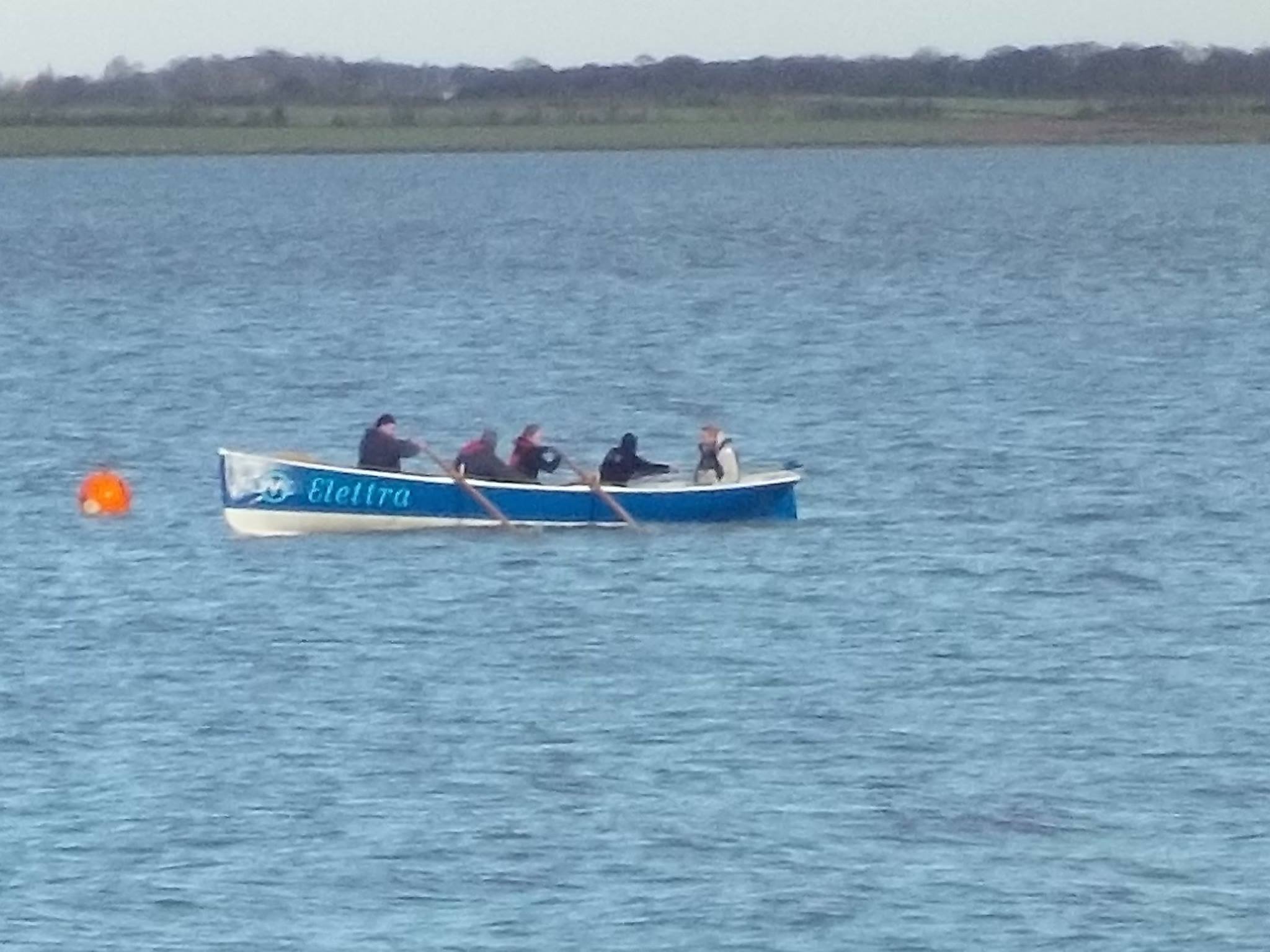 Subscribe to Rowing emails from Marconi Sailing Club.
Excellent conditions, for mid January, greeted 5 keen Gig rowers on Sunday. A medium strength South Westerly breeze made for some sheltered rowing in the lee of the sea wall, as long as you didn’t stray too far towards the choppy narrows.
We got out and into the rhythm of rowing with the mixed crew of Lee Hooper, Roy Hardwicke, Sam Wilson, Kevin Stubbs and Tom Clayton. Trying out various different Cox combinations, for some reason Tom Clayton began as cox, thankfully this was remedied after his natural metronome accelerated faster than is humanly possible to row! As we settled in with Kevin as cox and Sam as Stroke, rowing position 1, controlling the pace we began to find our rhythm.
It was an excellent first row of 2016 to blow off the cobwebs, and great to be out with the dinghies, thankfully we didn’t need the rescue boat other than to capture some excellent photos! We look forward to the next one, hopefully be getting out most Sundays and competing in the gig Racing winter series!
Next race Sunday 24th January

A perfect force Southwest F3-4 and sunshine greeted the hardy winter sailors. Two fun, informal winter races where run, starting off the club pontoon. A relatively small trapezoid course was set between the mooring buoys and number 1, all of which gave the spectators a perfect view of the action.

In the first race, Jack Collis sailing a Laser Radial showed everyone how to pull off the perfect start. He was then closely followed by Hannah Bard (laser 4.7), Rob Bard(Byte) and Nick Miller (Moth). Once up on the hydrofoils however, Nick soon shot off into the lead but after completing 6 laps, with a few cold swims, was unable to get anywhere near Jack’s perfect sail on handicap. Jack 1st, Hannah 2nd, Nick 3rd. 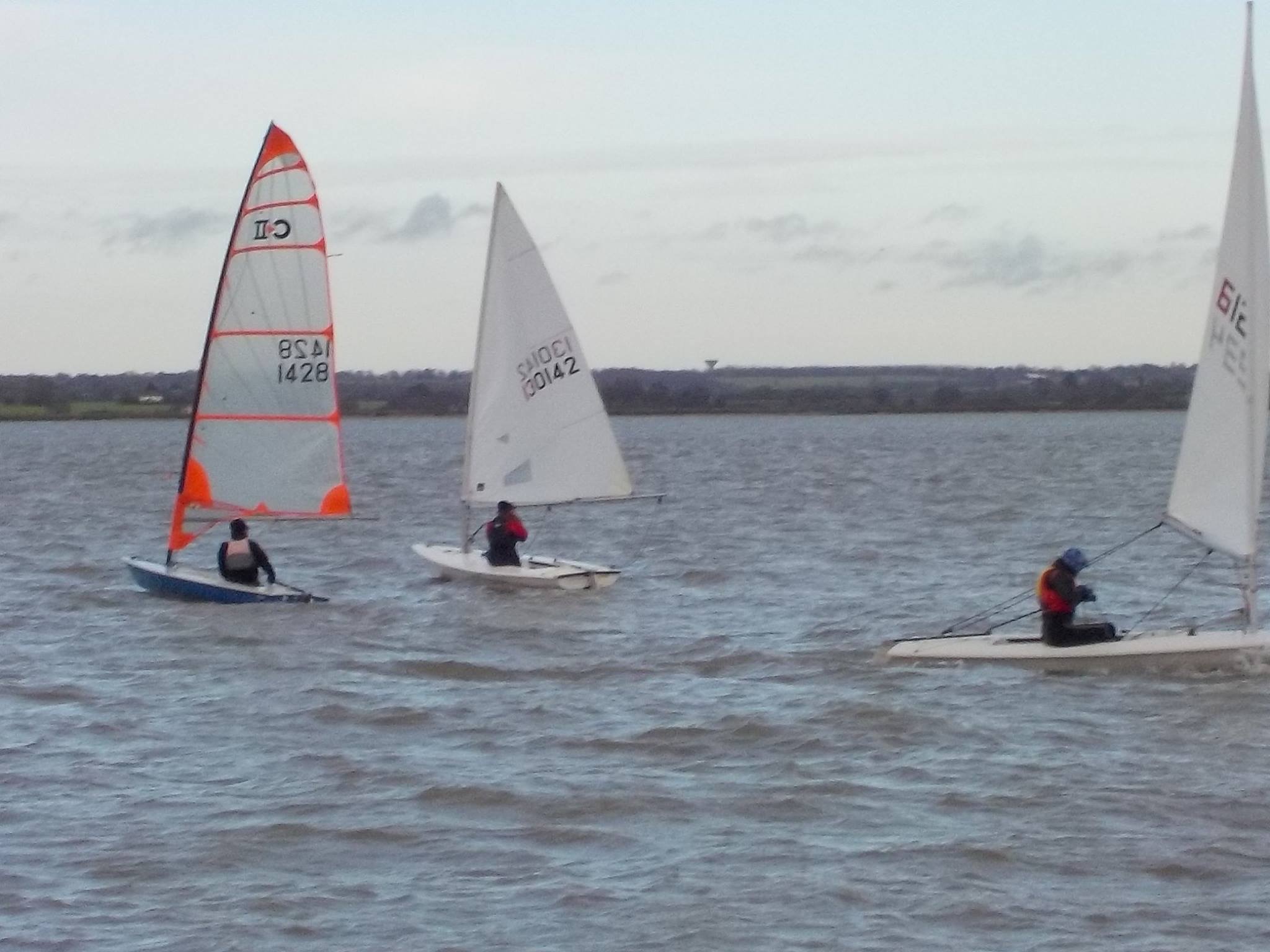 The second race, again Jack gave the spectators a starting lesson, hitting the line bang on the gun. Hannah followed in the slightly slow boat, challenging Jack on Handicap. Nick managed 5 laps to everyone else’s 2, but neither his or Hannah’s efforts were enough the challenge Jack who won again on Handicap. Jack 1st, Nick 2nd Hannah 3rd.

Prize giving was held in the bar announcing a victory for Jack with Nick and Hannah on equal points only to be split by the final race results. Overall, Jack 1st, Nick 2nd, Hannah 3rd.

I would like to express my thanks to the rescue boat crew & race officer crew aboard the rib. It’s a lot colder when you’re not moving. 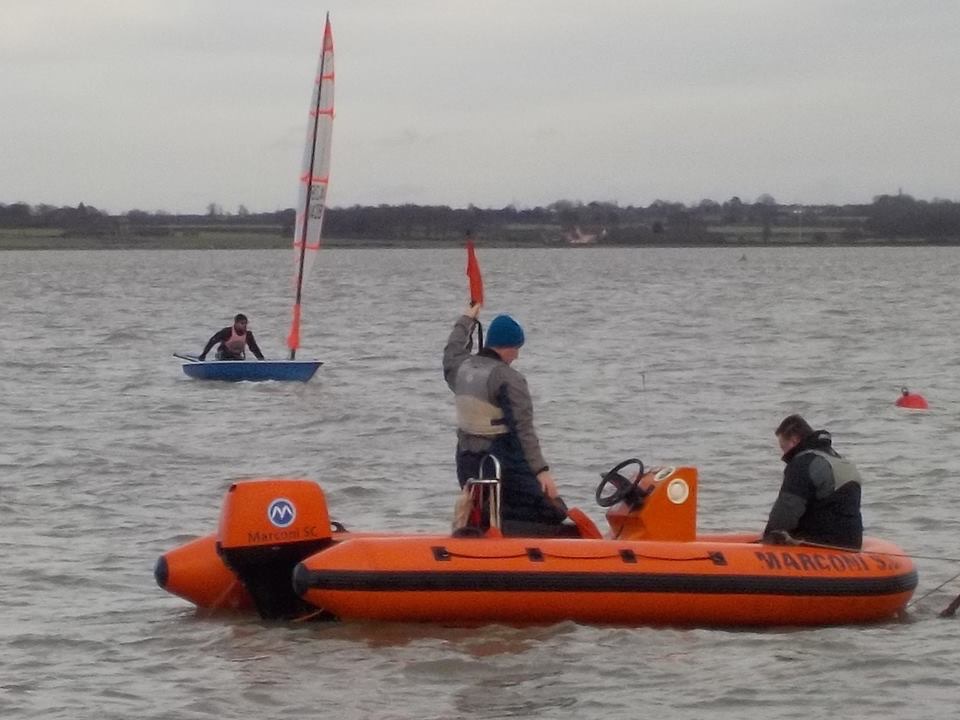