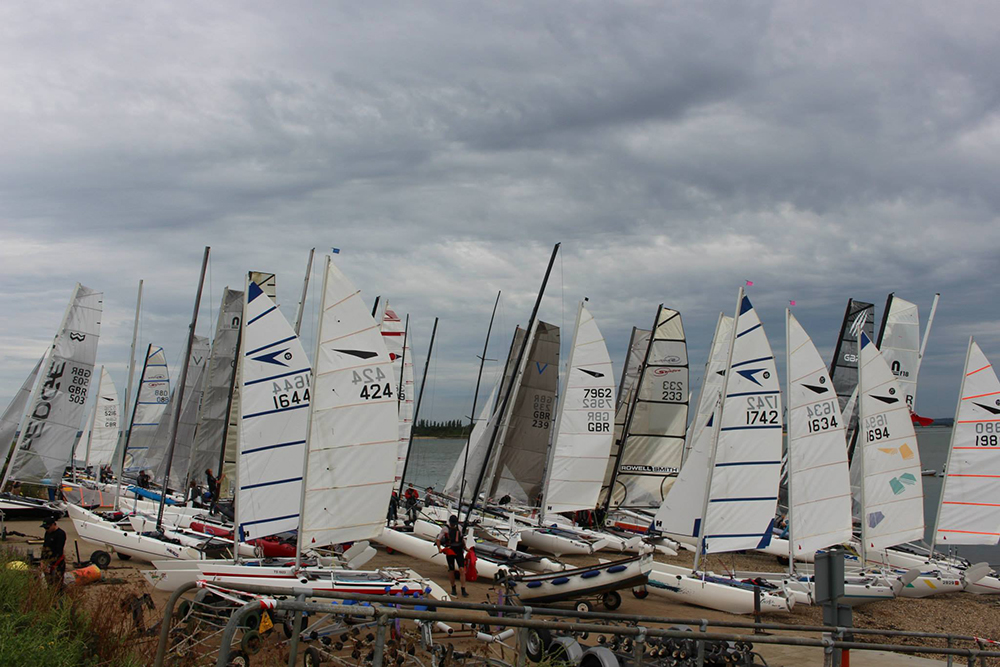 76 boats made their way to Marconi Sailing Club for the 2015 East Coast Piers Race weekend.

The East Coast Piers race is a long distance sailing event for fast dinghies and catamarans.  The race weekend raises money for The Cirdan Trust and Essex Air Ambulance.

With a fantastic forecast and free camping available all weekend many competitors arrived on Friday evening to set their boats up.

On Saturday two races were held inside the River Blackwater starting from 1pm, these were both medium distance to allow for a warm up ahead of Sunday.

In the first race Olly Harris and his son Ben took the race win sailing their Spitfire catamaran. It was Simon Northrop and Sam Van Barker who won the second race. It was a day for the F18’s with the overall races showing an F18 1, 2 and 3.

After the official race briefing on Saturday evening the competitors all enjoyed a BBQ and music from The Freight Hoppers blue grass band which kept everyone entertained until the early hours.

On Sunday morning the camping fields were woken by the traditional sound of Neil Diamond playing across the PA system – a yearly request we receive from a certain member of Datchet.

The breeze was looking good and was building from early in the morning. The ECPR race started at 9.45 with a downwind start, the fleet split early with everyone choosing different ends of the line.

Once the ECPR start was out of the way the shorter Colne Point Race (27 miles) started 15 minutes later.

It was a long kite leg out of the river for the faster boats who managed to fly their spinnakers all the way past Mersea Island until a drop was needed to head higher round the headland to the second gate of the course. By this time the foiling M20 Vampire was way out in front and couldn’t be seen.

The two sail broad reach was an interesting part of the course especially with the big rolling waves pushing the boats sideways. There was a short time until the kites were launched again to get to Clacton which this year was the turning mark.

The return leg was a beat back down the shore and across the estuary. With the power station in sight it was a straight line all the way across and back through the Bradwell gate for the final leg back to Marconi Sailing Club and the finish line.

When inside the river it was a game of tack ticks planning your tacks and avoiding the strong tide of the River Blackwater.

The lead boats were halfway down the river when they saw the foiling vampire sailing, the assumption was that he has finished and was now sailing around. This was a reasonable assumption when they had been foiling at 28 knots the day before. However, some technical difficulties meant that the boat was struggling to point upwind.

This allowed Marconi commodore Michaela Dowley and her husband Andrew to creep through in their Tornado to take line honors. They were closely followed by Steve Glynn and Tom Duckmanton also sailing a Tornado, even closer behind were Simon Northrop and Sam Van Barker in their Nacra F18. 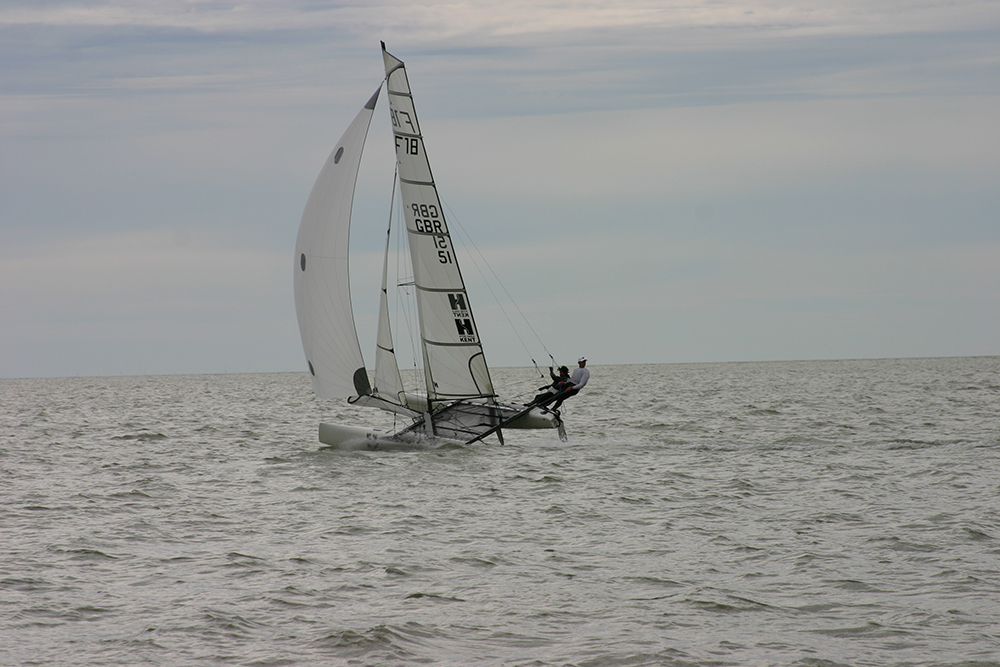 Unfortunately further down the field the boats suffered with the wind dropping when coming back into the River. This meant the sailors returned between 2hrs and 37mins and 5hrs and 51mins. There was light at the end of the tunnel for the last boat home, a Dart 18, as they won the 1st Dart 18 back trophy.

Full results can be found on the website www.eastcoastpiersrace.com

Also a thank you to the members of Marconi Sailing Club who put in an amazing amount of work to plan and run the event. 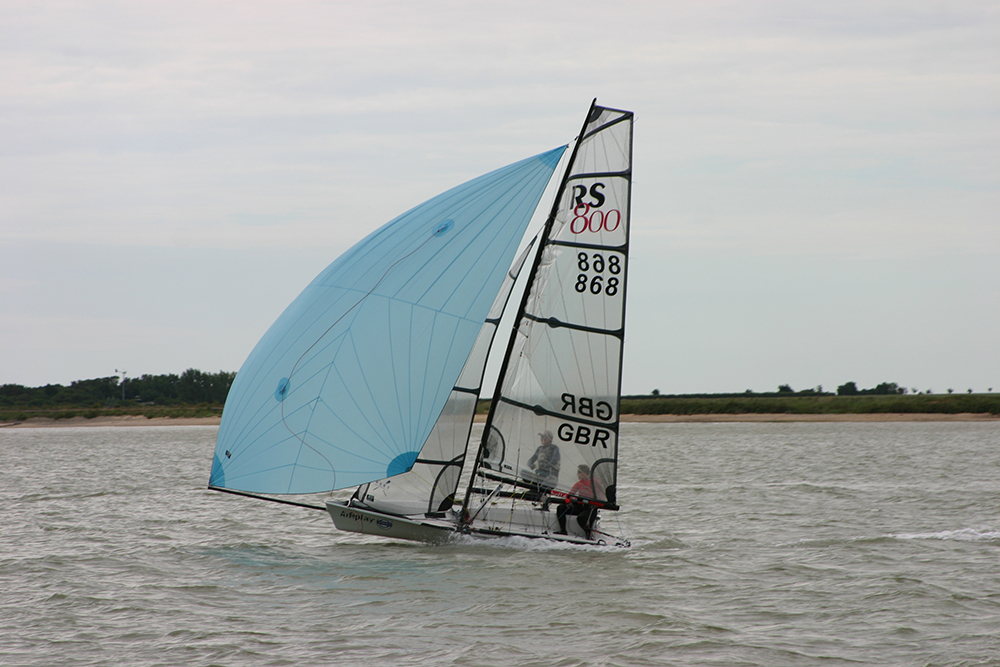