Popular news
You are at:Home»Fleets»Catamaran»Story So Far – Nacra 15

The new Nacra 15 class has recently been introduced competitively over the past few year as a youth class pathway boat prior to stepping up to the full foiling Olympic Nacra 17 professional adult class boat.

Of all the British Youth Sailing Team pathway boats, the Nacra is quite an elite class. The class is still in development and currently there are only 6 active competing boats in the whole of the UK.

With such a small fleet, the racing is very close and competitive with lots to learn every time they hit the water.

Recent changes in Olympic double handed racing rules and national competition guidelines now insist that the crew and helm must be of mixed sexes. Will has been sailing the Nacra for the past year or so, but his previous team partner has left to move into further education. Will and Isabella had sailed and raced a few times together at the club on the 29er and Nacra, then following some discussion decided to team up and start competing nationally and internationally together. 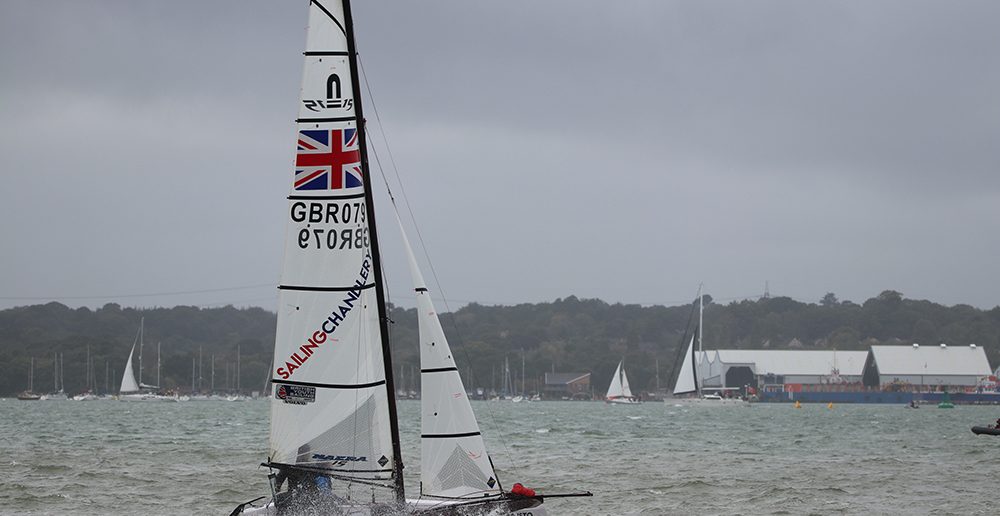 They attended their first official RYA residential coaching/training weekend together at Calshot Activity Centre down on Southampton water, this proved quite successful for them. Soon after they made a decision to pursue the full competitive race circuit.

Moving to the next step, they have just completed their first major competition, the Nacra 15 UK National Championships held a few weeks ago at Weston Sailing Club down on the South coast. For their first event, the weather was not kind to them, the wind was blowing 20-30 knots all weekend. The Nacra being a high performance demanding boat with 3 sails, twin trapeze and curved semi-foiling boards. This meant that they were flat out working the boat for two full days with no time rest or lose concentration. It’s fair to say, their fitness levels was tested to the limits. It was a very enjoyable weekend also being part of a general catamaran open competition mixing the starts with Shearwaters, Dart 18’s and Nacra 20 carbons to name a few. 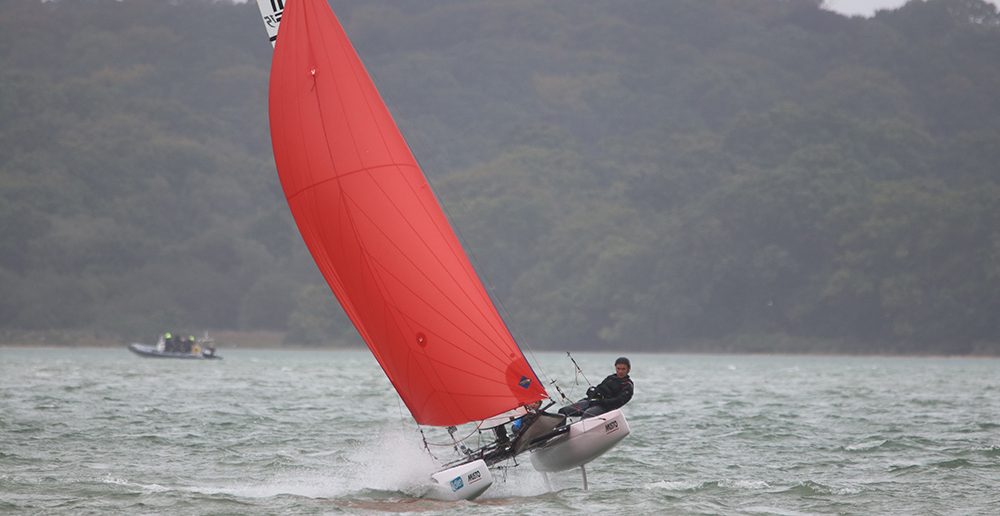 All 6 UK boats competed and despite snapped trapeze line taking them out of 2 races, they still managed to finish in 5th place overall. The icing on the cake was due to their much younger comparable ages of 15 and 13. They won the special Junior champion trophy, giving them the official title of National Junior Champions for the coming year.

Following the excitement of the Nationals, they put an application into RYA British Youth Sailing Team for a place in the official National Youth Squad. We knew it was a bit of a long shot, as they hadn’t competed much together. This made us even more surprised when they wrote back to us offering them a place. Now one of only 3 Nacra teams officially supported by the RYA racing organisation.

Now no time to relax, this weekend they are squad training down at the National Sailing Centre in Weymouth before we travel over to the South of France the week after to enter the Nacra 15 World championships. The event is being held at the future 2024 Olympic sailing venue in Marseille. A week long competition with 2 days of measurement followed by 5 days of racing. Around 100 Nacra 15’s will be competing from 17 different countries from across the world, it’s all very exciting.